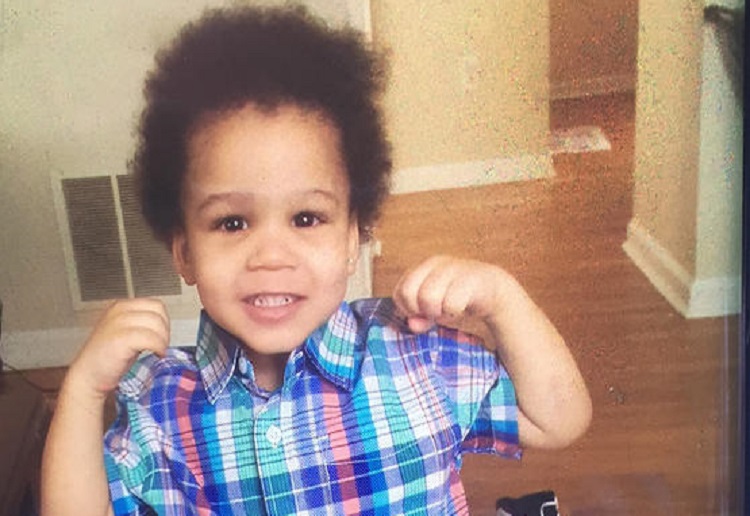 Two year old beaten to death while defending his mummy.

Little Jamil ‘JB’ Baskerville Jr was protecting his mum from her partner, Zachary Tricoche, 24, who started arguing with her about her food purchases, a court heard.

The Mirror reports, the two-year-old became upset and ‘stepped in to intervene’ after Tricoche allegedly shoved the woman at a house in New Jersey, US.

Tricoche punched the toddler so hard in the chest that he fell onto a wall and struck his head, prosecutors said.

When JB got back up, the boyfriend then allegedly told the tot to ‘put up his hands’ to fight like a grown man before punching him a second time.

The impact of the strike caused the child to hit his head against the wall again, and left him with severe injuries to his organs, NBC reports.

He was rushed to Cooper University Hospital, where he was found to have a lacerated liver, internal bleeding and other serious wounds. He tragically passed away from his injuries.

A medical examiner ruled the toddler bled to death after his tiny liver was crushed.

If you or someone you know are suffering from Domestic & Family Violence please contact Lifeline 13 11 14.