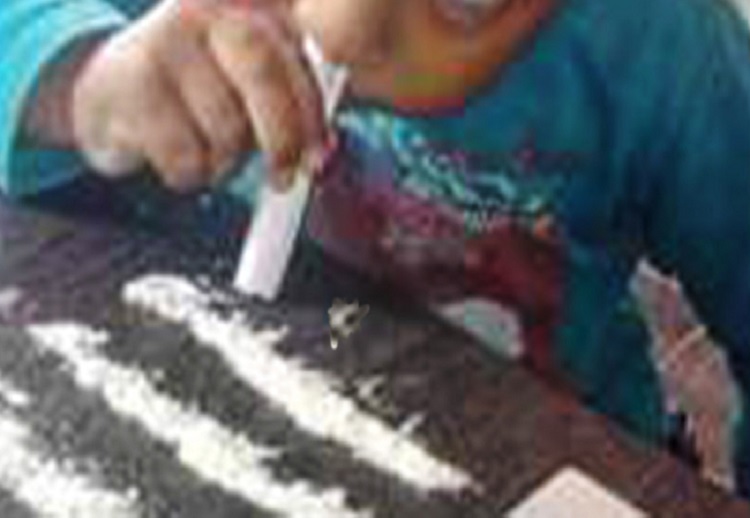 A SHOCKING picture of a three-year-old boy “staged” snorting cocaine has outraged social media users, sparking calls for the child to be taken into care.

The photo shows the little boy identified only by his first name of Mladen posing, snorting what appears to be three lines of white powder, reports The Sun.

The image was uploaded onto social media with the caption –  “Mum and dad’s little junkie”. It sparked outrage among online users who later managed to track the family down.

The family reportedly live in the small village of Sindel in eastern Bulgaria’s Varna Province.

Responding to the outcry, Nadezhda Nuri – the boy’s mother – told local media it was simply a joke and that the photo had been published by their 13-year-old daughter Stiliana.

The white powder on the table was actually flour and Stiliana had staged a photoshoot with her little brother Mladen in the living room while mum cooked in the kitchen. She said: “My mother first saw the [picture of the] children and called me. I couldn’t have done such a thing, I don’t even know how to write.

“My daughter must have taken the photo and uploaded it online. I can’t do it because I can’t even read or write, never mind use a computer.” 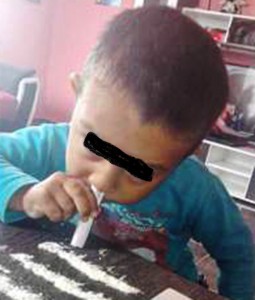 Village locals have defended Nadezhda, saying she is a good mother.

Daughter Stiliana Nuri later added that the photo had been a joke and said she regularly staged similar photoshoots with her younger brother.

The teenager said: “I was only joking, I got the idea from Facebook. I have never seen real drugs. I once saw a woman on Facebook making lines with flour and then snorting it.”

After the massive social media outcry and calls for the tot to be taken into care, child services are now preparing a report on the family and are reportedly considering whether the intervention of police – or prosecutors – is necessary.