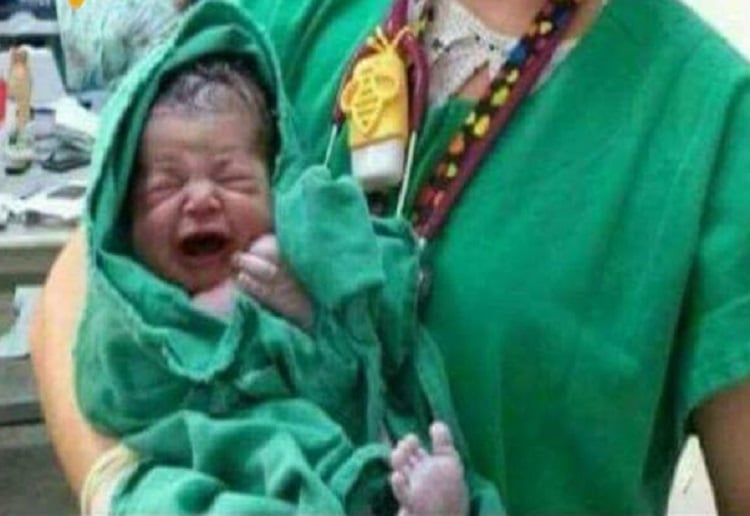 An adorable photo of a new baby, taken moments after birth, has gone viral after viewers spotted something in the background.

The image, which was posted on the Bubs Warehouse International Facebook page, appeared to feature a nurse in scrubs holding a crying baby.

‘Some people are in such a hurry to put the picture of baby on Facebook. They just forget some things before posting,’ the snap was captioned.

It is what is going on in the background that attracted thousands of comments.

Don’t mind Mum, who is still lying on the bed in birth position, we assume she just gave birth to the newborn in the snap.

The situation certainly brought back memories for many women on social media – with some saying they had found themselves in a similar situation.

The photo has attracted 7000 likes, 4000 comments and almost 800 shares since it was posted online.

As one mum commented, I think it is a good idea to have final say in any Facebook images before posting!

Did anything similar happen to you?