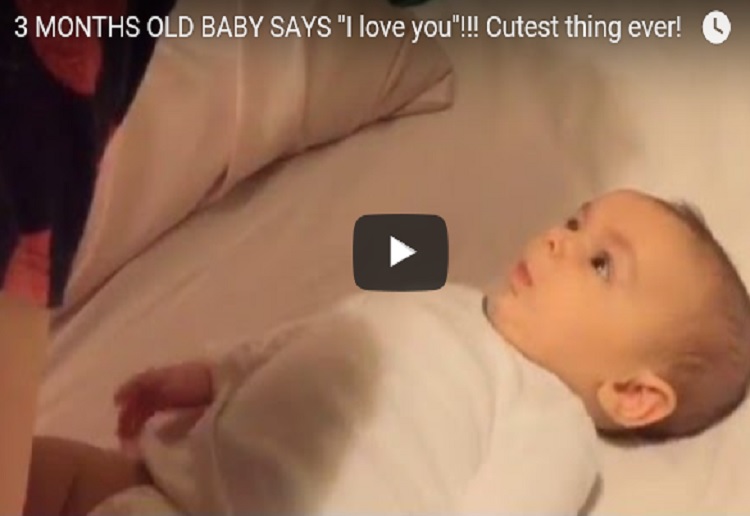 Mum left shocked when she caught the moment her THREE-MONTH-OLD baby responded to her saying “I love you.”

Victoria Fatu, was telling her little boy Mark that she loved him, but she never expected her tiny baby to reply.

The video starts with Victoria saying “I love you” to her three-month-old boy, but she was left amazed when he appeared to reply “I love you too”.

When she hears him respond, the stunned mum immediately turns to look at the person filming the moment, before trying to get Mark to say it a second time.
The sweet clip was shared by Victoria in February this year with the caption “3 MONTHS OLD BABY SAYS “I love you”!!! Cutest thing ever!”

Since it was uploaded online, the video has been viewed over 11,000 times and received a number of comments from other users.