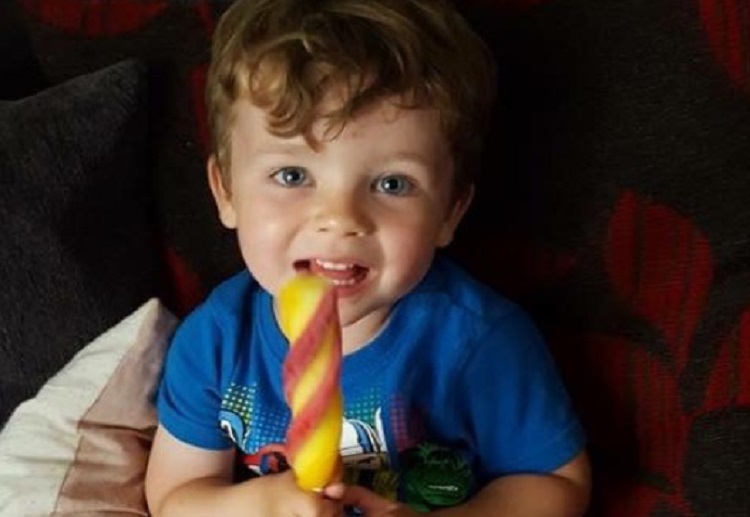 A heartbroken mum whose three-year-old son died from sudden infant death syndrome has revealed his last words to her.

Devastated Jasmine Shortland remembers the night a couple of weeks ago when her “bright and smiling” son Bryan-Andrew Lock was put to bed, never dreaming they could have the tragic last words they shared, reports The Mirror.

The 23-year-old mum of two says she has to keep everything together for the sake of her young family and partner Josh Westcott, 20.

Recalling the horrifying night when Bryan died from the condition, otherwise known as ‘cot-death’, she says: “At about 8.15am we were awoken by a loud banging on the front door.

“It was my step-dad David. He was crying, saying: ‘Bryan’s gone’.

“I just fell on the floor screaming and crying.”

Bryan and his brother had been staying at his grandma’s for a few days.

The brothers were staying with their nan because Jasmine thought Bryan could have mumps and didn’t want her youngest son, Ivan, who is just four months old, to become infected with the highly-contagious condition.

“He’d been to the doctor because his face was swollen and we were told it was suspected mumps,” Jasmine says.

The night before he died he said “Goodnight – I love you” to his mum on the phone.

“I just broke down when they told us he’d gone,” she says.

“Josh and I collapsed on the floor and I was just screaming.

“You just can’t explain to people what it feels like – I have to go on because of the other two, but it’s like a huge hole where something’s missing.”

In the UK, just under 300 babies die suddenly and unexpectedly every year.

Most SIDs deaths happen during the first six months of a baby’s life – so Bryan is a more unusual case.

Infants born prematurely or with a low birthweight are at greater risk. SIDS also tends to be slightly more common in baby boys.