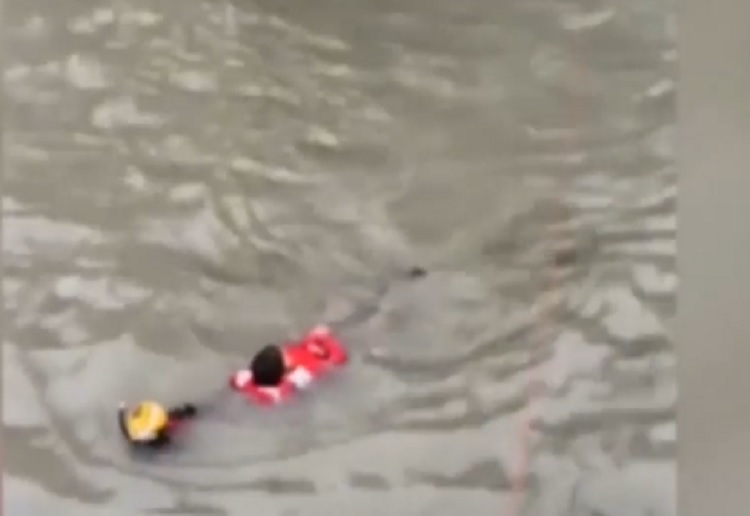 Such sad news being reported about the Texas floods. Our thoughts are with all the people involved.

Reports today that a three-year-old girl was found clinging to the body of her drowned mother in a canal in southeast Texas, she was likely saved by her mum’s effort to carry her child to safety from  floods, police said.

Police in the city of Beaumont yesterday identified the mother as 41-year-old Colette Sulcer and said her daughter was being treated for hypothermia but doing well, reports AP.

When rescuers found the mother and daughter, the girl was on her mother’s back, holding on, said police officer Haley Morrow.

“I envision what I would do if that was me in that situation and that’s what I would do: I would put my child on my back and try to swim to safety or whatever,” Morrow said.

Morrow said the woman’s actions probably saved her little girl’s life. “When they found her she was still up out of the water,” Morrow said.

At least 25 people have been killed by Hurricane Harvey since Friday, when it made landfall in Texas as a Category Four hurricane.

You can find information HERE on how you can help the victims.