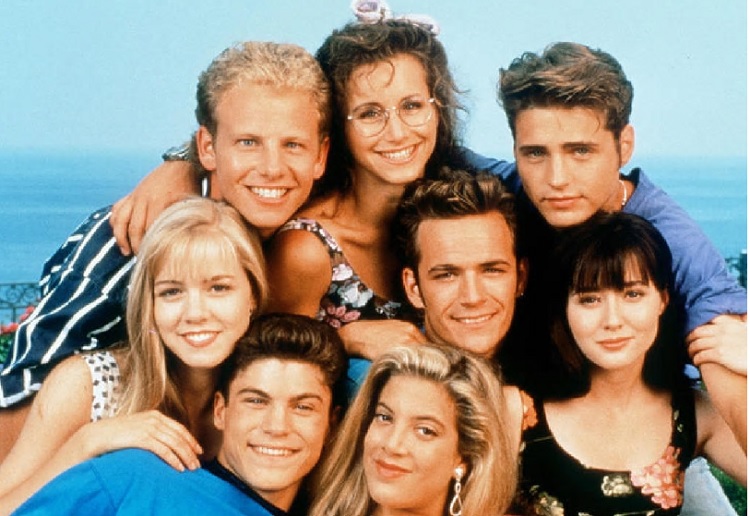 Today we mourn the loss of Luke Perry and The Prodigy singer Keith Flint.

Luke Perry of Beverly Hills, 90210 and Riverdale fame has died at 52, his publicist has confirmed.

The actor suffered a massive stroke last week and had been hospitalised since.

The star was surrounded by his family when he died at St. Joseph’s Hospital in Burbank, California.

“The family appreciates the outpouring of support and prayers that have been extended to Luke from around the world, and respectfully request privacy in this time of great mourning. No further details will be released at this time.”

We also mark the passing of The Prodigy singer Keith Flint who sadly took his own life aged 49.

Keith Flint, the fiery frontman of British dance-electronic band The Prodigy, has been found dead at his home near London, the band said.

The Prodigy co-founder Liam Howlett wrote on Instagram that Flint had taken his own life, saying: “I can’t believe I’m saying this but our brother Keith took his own life … I’m shell shocked, f****in angry, confused and heart broken.”

Police confirmed that the body of a 49-year-old man had been found at a home in Brook Hill, north-east of London.

They said the death was being treated as non-suspicious and a file would be sent to the coroner — standard practice in cases of violent or unexplained deaths.

It is with deepest shock and sadness that we can confirm the death of our brother and best friend Keith Flint. A true pioneer, innovator and legend. He will be forever missed.
We thank you for respecting the privacy of all concerned at this time. pic.twitter.com/nQ3Ictjj7t