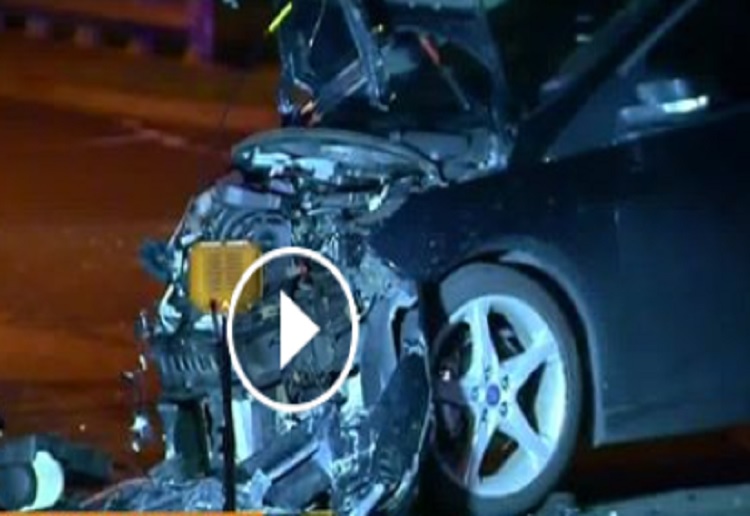 Emergency services were unaware a toddler, that was critically injured in a Melbourne crash, was even in the car when there was no sign of car safety seats in the vehicle.

The young boy was found unconscious in the passenger side footwell of the car which was being driven by a male driver in his 30s when it was T-boned in Roxburgh Park about 8pm on Thursday, reports 7 news.

“Initially we didn’t even know there was a child in the car,” Sgt Dean Pickering said. “Literally because the child had been thrown around.”

“It was only a short time later that it was brought to our attention that there was a child in the car.

“Unfortunately a child in the footwell of the car, unrestrained, there’s going to be injuries

“Early indications are that the toddler wasn’t strapped in properly.”

The male driver of the car was unconscious and trapped when police arrived and has been taken to hospital with non-life threatening injuries.

The boy suffered serious head injuries and is in a serious condition at Royal Children’s Hospital.

Police say its crash investigation will try to determine whether the child was properly restrained in the vehicle.