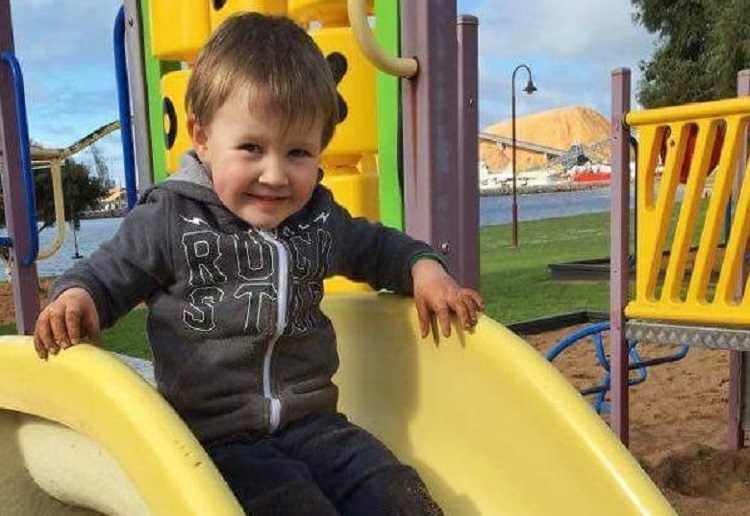 Toddler killed when a bookcase fell on him in a tragic accident.

Little Blake Shaw was sitting on the floor of his family’s farmhouse at Clear Lake when a freestanding bookcase fell without any warning, reports Herald Sun.

The three year olds parents were last night struggling to comprehend the tragedy.

Tim Shaw said he and partner Kirstie, who moved to the area from the city, adored their son.

“The worst thing the kid ever did was smile,’’ Mr Shaw told the Herald Sun. “We moved for the kids.”

Investigations into what caused the fall of the bookcase, understood to be heavy, were continuing.

Blake had not been trying to climb the structure and was well away from it when it suddenly fell, the family said. It had been placed in a corner and pushed hard against the wall.

Emergency crews were called to the property about 7.30pm on Monday, they tried to revive Blake but he died at the scene. Several ambulances and the ambulance air wing all responded.

Grandfather Graham Shaw, raced from Melbourne to be by the family’s side, said Blake was a happy child who always had a smile on his face.

He had an endless appetite, especially for lollies, and loved nothing more than playing with the family’s five dogs.

“He loved this place,’’ Mr Shaw said. “All his toys are scattered all over the place — just a typical little kid.

“He was just a perfect little boy,” he said.

“He just happened to be sitting on the floor and this thing fell down from the wall.

“No one was near it. It was just a freak accident.

“It was just a fluke.

“It was just a bookshelf with doors on it. I don’t want to look at that thing, so I’m going to knock it apart and burn it.”