Article Toddler left dangling from a fourth-story window after falling 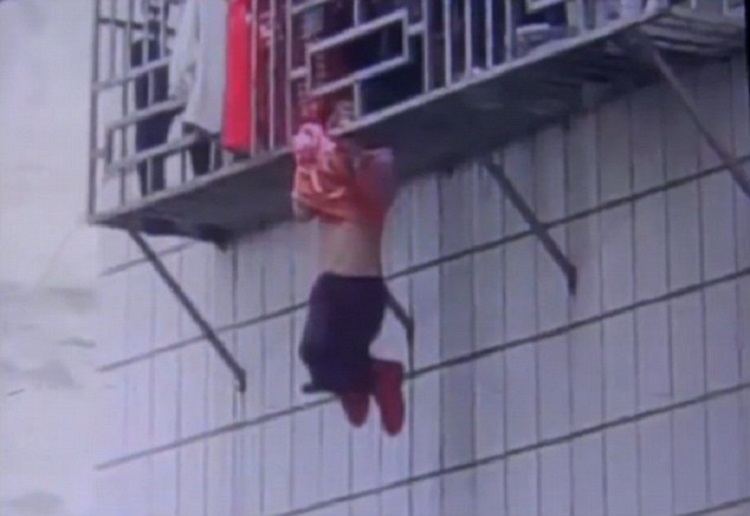 A young girl in China was rescued by two men who saw her dangling from the fourth storey of a building, by her neck.

The incident took place in South China. According to a news report, the child had been left unattended when she wandered out onto the balcony and fell through, catching her neck.

The child can be seen hanging from the fourth floor with her neck stuck between the bars. She can be seen moving her legs around from time to time.

The two men can be seen on the same level as the girl. One of them climbs towards her.

The other man joins him and helps him try and free the girl.

According to reports, they used pliers to rescue the child.

Onlookers told reporters that the girl’s mother had gone to buy food leaving the girl unattended when the incident occurred.

It seems to be something that occurs more frequently than we realise.

A quick search on youtube found quite a few very similar stories. Horrifying!