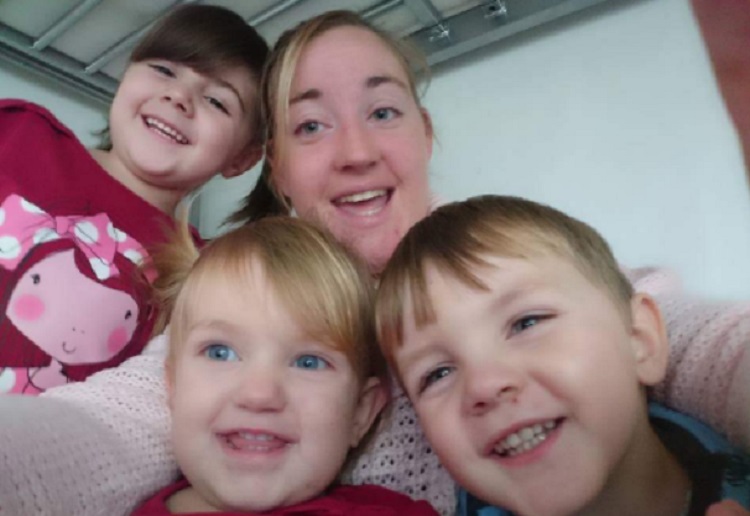 A two-year-old girl from the UK was left fighting for her life after she accidentally swallowed a lithium “button” battery.

Doctors warned the family there was a 40% chance that little Kacie Barradell would not survive and, if she did, it was 50/50 whether she would be paralysed from the waist down.

Now her mum, Cheryl Bell, wants to warn other parents about the dangers of the batteries, reports Derby Telegraph.

Her daughter cannot eat or drink and is being fed through a tube because the battery had caused so much damage to her oesophagus.

It could be at least a month before Kacie is discharged from Birmingham Children’s Hospital, where she is currently being treated and she may need to undergo a second round of surgery.

Cheryl spends every day by her daughter’s hospital bedside said: “I’m going through hell and back. Kacie might not walk properly again for the rest of her life. She is recovering now and getting there.

“I want to warn other parents what damage the batteries can do. Kacie is lucky she survived.”

Cheryl, 27, rushed Kacie to hospital in February with diarrhoea and vomiting but it was not until a few days later that doctors realised that she swallowed a button battery when they conducted an x-ray after her condition deteriorated and she was unable to breathe properly.

Most items that children swallow pass naturally through the body, unless the child needs an operation to remove it. But in the case of button cell batteries, as soon as one is swallowed, it starts to burn through internal organs.

In Kacie’s case, the battery caused not only damage to her oesophagus, but damaged to two main arteries in her back which has caused her to be unable to walk properly.

Cheryl, who has two other children aged five and three, says the battery Kacie swallowed was from a car key and now wants to warn other parents about the danger posed by such a small item.

“She could have died and she would have if it hadn’t been for them. Kacie may never be able to walk properly again for the rest of her life. Button batteries are so dangerous.”

Last year we shared CHOICE joined forces with The Parenthood and Kidsafe Queensland to call on the Federal Government to introduce stricter safety standards for all products containing button batteries.

An estimated 20 children are hospitalised per week nationwide after ingesting button batteries.