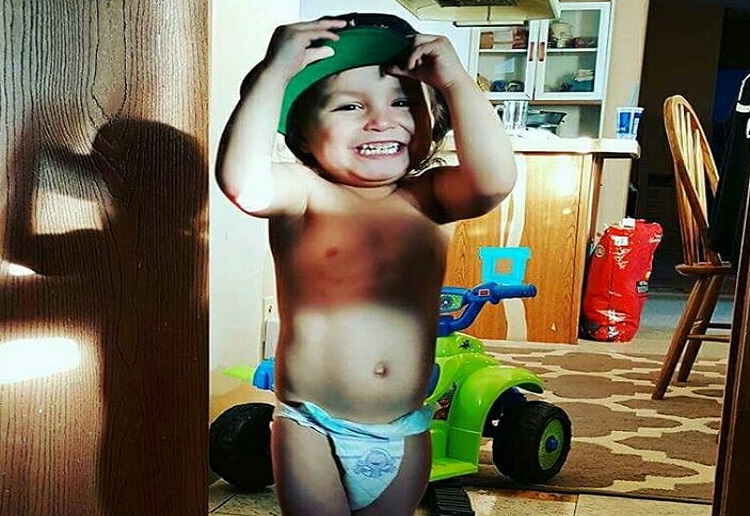 Toddler’s grandma and mother charged with brutally beating the two-year-old boy after a potty-training accident.

Kylen Shangreaux, two, was found to have suffered horrendous injuries before he died, reports The Mirror.

A post-mortem exam showed the toddler was killed as a result of blows to the head and abdomen in South Dakota in July.

It also found evidence Kylen’s scrotum had been torn, with prosecutors claiming this was evidence of his mother Katrina Shangreaux, 28, having been enraged by a potty training incident. The child also had evidence of bruising and bite marks.

Katrina Shangreaux is charged with first-degree murder, child abuse, neglect and assault resulting in serious bodily injury of a minor.

Investigators now say her mother Sonya Dubray, 47, was also complicit in the crime.

She faces charges of tampering with evidence, accessory to first-degree murder, making a false statement and misprision of a felony.

The child was dead by the time an ambulance transported him to hospital on the day of the allege attack.

Dubray is accused of tampering with case evidence by washing the clothing worn by the deceased child, as well as by “cleaning the scene of the murder” with bleach or a similar substance.

Her charging document also says she helped Shangreaux evade the authorities; that she concealed the toddler’s abuse by not reporting it to authorities; and misled law enforcement regarding the extent of the abuse.

This comes after a story earlier this week of a man who stomped on a two-year-old girl, resulting in her death, found guilty of manslaughter.

Mussie Debresay, became angry at the toddler for urinating on his couch, his reaction resulted in catastrophic internal injuries to her tiny body.