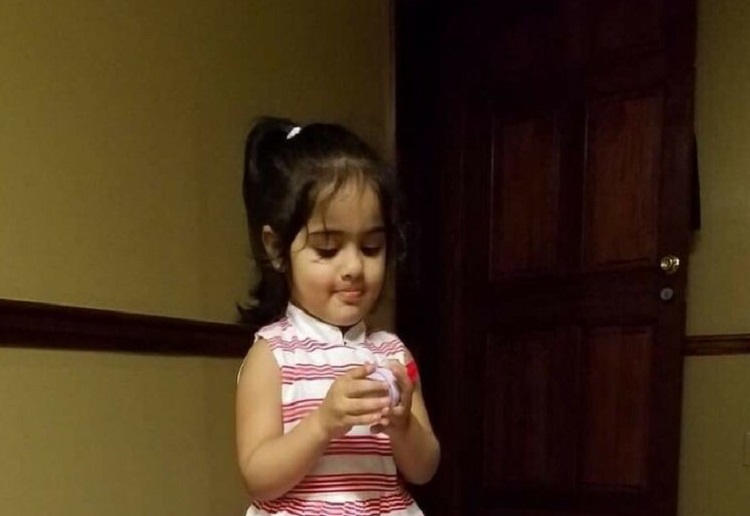 A toddler was reportedly killed during a freak accident as she finished trying on shoes with her mother.

Two-year-old, Ifrah Siddique, was rushed to hospital after a full-length mirror came loose and fell on top of her at a Payless shoe store in Riverdale, Georgia, according to CBS News affiliate WGCL-TV.

It reportedly took two people to lift the mirror off the young girl, who was hit in the back of the head.

I spoke w/a father who lost his little girl in an a horrible accident at a Payless store. He says this mirror fell on her. (mirror was moved to back room and cleaned after accident) You’ll hear what he wants more than anything after #Oscars #OscarsOn2 https://t.co/0xvhwHU639 pic.twitter.com/NP3nYiZeYO

Paramedics found Ifrah in a state of traumatic arrest — a condition where the heart stops beating to due to trauma — and the 2-year-old later died at the hospital, WGCL-TV reported. “I feel dead, like I am no more,” Ifrah’s father, Mohsin Siddique, told Fox 5 Atlanta.

“That was my little girl.” “We’re all still in a state of shock,” a family member told WGCL-TV. The family is hoping to have Payless ensure all of their shelves and mirrors are secured in stores nationwide, he added. “We want to make sure this doesn’t happen again.”

Payless told Time in a statement, “Our deepest sympathies go out to the family of Ifrah Siddique during this time of incredible loss. We are devastated by this tragic event and are fully cooperating with authorities to research and understand the nature of this accident. Out of respect for the family, no further information will be provided at this time.”

Many questions surrounding the death of 2 year old Ifrah Siddique. This is the Payless mirror (removed from floor following incident and cleaned) family says fell on her. Police tell me it wasn’t secured correctly. You will hear from her grieving father tonight. #nightbeat pic.twitter.com/scyQGR9ekD

What a terrible freak tragedy. Our hearts ache for the family. Sending them our love x