A 3-year-old boy has suffered severe burns on his face and arm during a suspected acid attack in England.

West Mercia police Chief Superintendent Mark Travis said police were working to identify the substance that burned the child on Saturday at a discount store in Worcester.

A 39-year-old man has been arrested on suspicion of conspiracy to cause grievous bodily harm.

Three others were being sought for questioning and police released photos to generate public tips, shares 9 news. 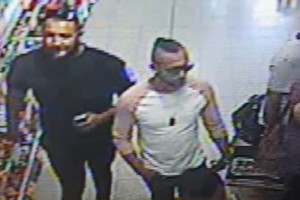 “At this time we are treating this as a deliberate attack,” Superintendent Travis said in a statement.

“The incident will rightly shock the local community, and I would like to reassure local people that we are carrying out a thorough investigation.”

A police statement late Sunday afternoon said the boy had been discharged from the hospital.