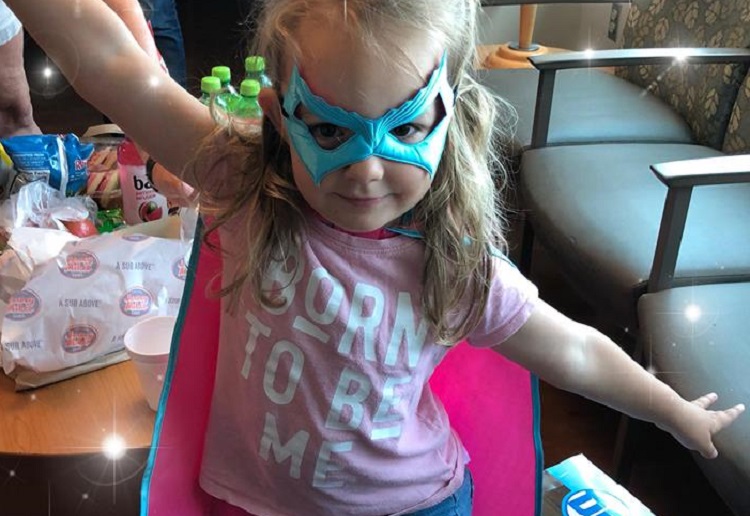 Toddler uses Facetime to alert her mummy that daddy was seriously ill.

Trevor McCabe was at home with his daughter when he “heard a loud humming noise in his ears.”

His wife, Devon, told Fox News that he “felt like he was dying.”

Devon, who works as an ICU nurse, missed the first Facetime call that came through on her phone from her husband, shared yahoo 7.

On the second call, she answered and saw her daughter in tears. “She was sobbing crying and couldn’t articulate words very well,” Devon said.

Molly then turned the camera around, and Devon saw her husband, who is only 27, collapsed on the floor.

Devon called her neighbour, who rushed over and called 911. Devon also left work and was able to arrive just as the ambulance did.

According to doctors, Trevor’s stroke was the result of a blood clot to his basilar artery, which is located at the front of the brain stem.

The smart 3-year-old apparently learned how to use Facetime by watching her parents call each other.

“I’m so proud of her,” her mother said. “She without a doubt saved his life.”

Devon posted on Facebook that Trevor is still “the same old Trev,” but he does have a lot of hard work ahead. He continues to make progress: He’s able to take a few steps, and his voice and speech are coming back to him.