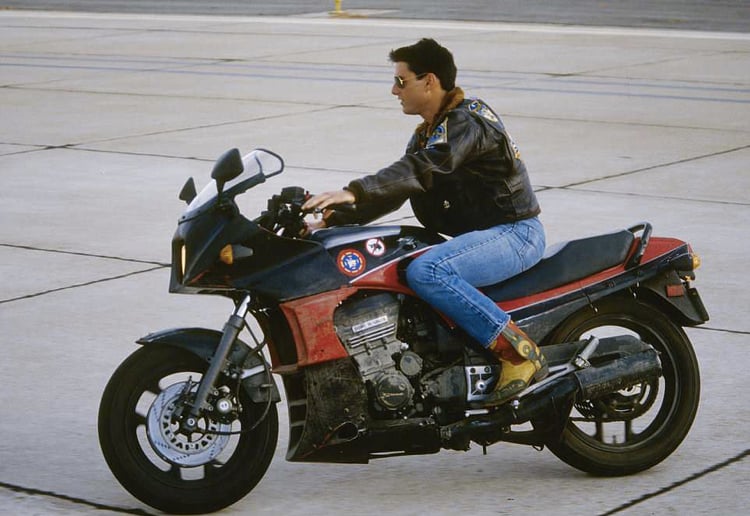 Have you heard? Top Gun is making a comeback and it’s original star, Tom Cruise, looks exactly the same.

We can only but wonder whether the role he played in Interview with a Vampire in the early 90’s was real ’cause while all of us are getting older this movie superstar hasn’t aged a minute.

Cruise was barely older than a teenager (OK, he was 24) when Top Gun blasted onto the big screen in 1986. 32 years later, Maverick is back in the movie’s sequel, Top Gun: Maverick.

The famous film actor (56), who is reprising his role as LT Pete ‘Maverick’ Mitchell, looks just as hot as he did when we drooled over him decades ago.

The movie’s second installment was supposed to come out years ago but the original director Tony Scott, who was all set to direct the sequel, tragically committed suicide in 2012. The new director is Joseph Kosinski, who worked with Cruise on the movie Oblivion.

Val Kilmer, who played LT Tom ‘Iceman’ Kazansky in the original, will reprise his role in the new installment. The actor revealed that he was been battling throat cancer. He told The Hollywood Reporter that he underwent a procedure on his trachea, which made his voice raspy and left him with shortness of breath.

Cruise spoke to People saying that his co-star is ‘doing really well’ and that it is ‘special’ work with Kilmer again.

Teller will play the role of LT JG Nick ‘Goose’ Bradshaw’s son, Bradley. Apparently Maverick will be a mentor to Goose’s son and a Top Gun flight instructor in the sequel.

What About Kelly McGillis?

There are no reports that Kelly McGillis (60), who played the character Charlotte ‘Charlie’ Blackwood in the original movie, has joined the cast.

Although a recent meme highlighted how McGillis has aged vs Cruise and we’re not sure she’ll fit into Top Gun, unless she’s cast as an aging granny. 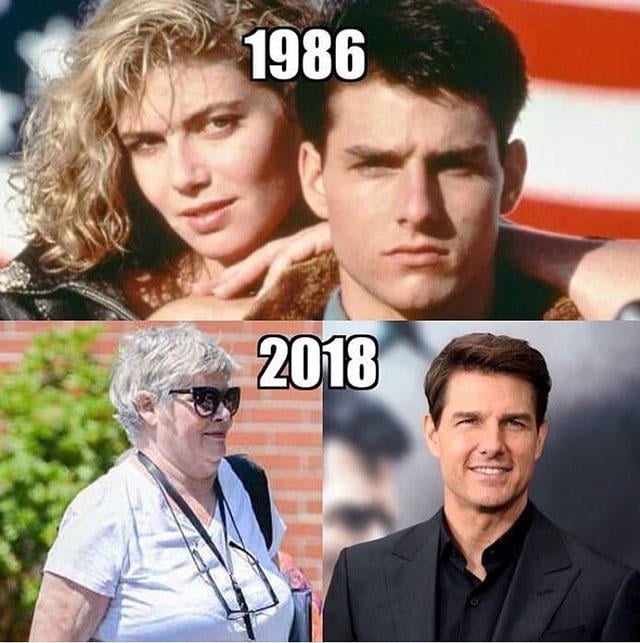 Since the hit movie, Kelly has given up acting in big Hollywood films and instead ran a bar in Key West, Florida.

Filming for the sequel started at the end of May in San Diego, California.

Cruise was seen riding his motorbike around the set this week wearing an olive-coloured jacket, jeans and boots.

Top Gun: Maverick was originally earmarked for release on 12 July 12 2019 but it has been delayed so filmmakers can work out logistics with the complex flight scenes, as reported in Deadline. We’re going to have to wait a bit longer to see the action on the big screen. The new release date is 26 June 2020.

Are you excited to see the sequel to Top Gun? Tell us in the comments below.