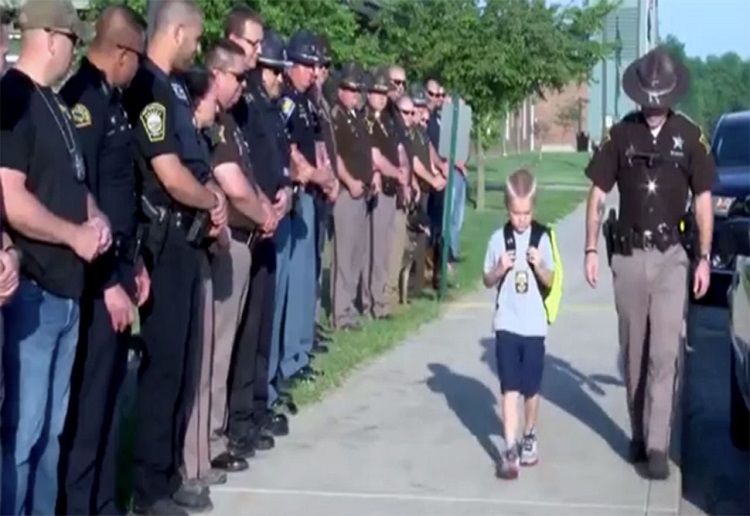 More than 70 police officers escorted five-year-old Dakota Pitts on his first day back to school after his dad was killed in the line of duty.

Touching video shows the young boy walking to the doors of his school, wearing his dad’s badge around his neck, surrounded by dozens of officers standing in solidarity for the brave little boy, shares Yahoo 7.

His dad, Rob Pitts, was a 16-year veteran of the Terre Haute Police Department, in the US state of Indiana.

He was one of four officers who were fired upon in an exchange of gunfire between police and a homicide suspect on May 4, the Terre Haute Police Department said.

Dakota had asked his mother if one of his dad’s friends could drive him to school on Monday, for his first day back following the tragedy.

When he arrived, the schoolboy was met with around 70 police officers who turned out to support him.

The SWAT Team even presented Dakota with his own SWAT shirt and badge.

“He will definitely know his dad was a hero,” Officer Pitts’ sister Kelli Jones told WTHI-TV. “Blood doesn’t always make family and I think the blue family went above and beyond.”