The biological family of Williwam Tyrrell has a celebrity connection.

Earlier we reported that A Current Affair revealed the information of William’s biological family after a ruling by the NSW Court of Appeal clarified the law.

In the Court of Appeal documents, obtained by A Current Affair, the judge found that the fact of William being in the parental responsibility of the NSW Minister for Family and Community Services, and in the care of departmentally approved carers, was a matter of “legitimate public interest”.

Facebook vigilantes group Walking Warriors for Missing Children wanted the information released because they say they are fighting for a coronial inquest.

The then-three-year-old William vanished near Kendall on the NSW Mid North Coast on September 12, 2014.

The department responsible for looking after William sought to prevent publication of the fact William was in care, but a Supreme Court judge permitted the publication, and the three judges of the Court of Appeal upheld his ruling.

Supreme Court of NSW judge Justice Brereton is also quoted as noting “the tragic probability that (William) is no longer alive”.

There is no suggestion that either William’s biological family or his foster family have anything to do with his abduction, or know his whereabouts, and no suggestion of any fault on their parts..

For three years, William’s status as a foster child has been a closely-guarded secret of the NSW State Government.

The Department of Family and Community Services has repeatedly threatened journalists with criminal charges if they revealed William was in the care of the state when he went missing.

However, the Court of Appeal noted Justice Brereton disagreed with their interpretation of the law, and also rejected the notion that the information would have a negative impact on the investigation.

He ruled there was substantial public interest in the “accountability and scrutiny of the out-of-home-care system”.

“The notion that the efforts of trained and experienced police investigators might be distracted – presumably by an influx of pseudo-information in the nature of rumour and speculation – is quite unconvincing,” he is quoted as saying in the Court of Appeal judgement.

William’s foster parents have chosen not to reveal their identities, but have spoken of their hope that he is alive, safe, and “feeling loved”.

The Daily Mail have shared that William Tyrrell’s biological parents have been named, shedding light on the missing boy’s complicated family situation.

Karlie Tyrrell, understood to be from Sydney’s inner west, is the young boy’s birth mother.

Daily Mail Australia understands Ms Tyrrell has been frustrated by her inability to discuss the child’s case publicly in the close to three years since he vanished.

Her partner Brendan, who has served jail time, is the boy’s father.

William was taken into foster care when he was nine months old, it can now be revealed.

He was in foster care when he was abducted at age three from his foster grandmother’s home in Kendall, on the New South Wales north coast.

The parents were separated but are now back together, sources close to the family said.

The identities of the parents has been an open secret on the internet for years.

But only now can their identities be published following a stunning court ruling.

The Court of Appeal ruling allows William to be named as a foster child, taken in by the out-of-home care system.

He was legally in the care of the minister responsible. 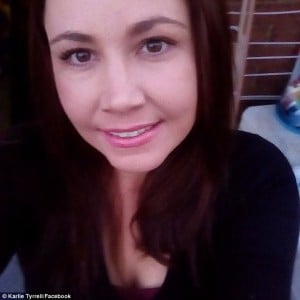 The biological grandmother of missing toddler William Tyrrell has hit out at the social workers who took him away from his parents as a baby and placed him in foster care.

Heartbroken Natalie Collins, 57, yesterday revealed her son Brendan Collins’ criminal past, drinking problems and rows with William’s mother Karlie Tyrrell. However, she said their behaviour was not enough to put the little boy who was “adored” by his family into care.

“That little boy was my life, we all adored him, he was a beautiful innocent little boy,” Ms Collins said to Daily Telegraph.

“There were rows between my son and (William’s) mother, drinking problems, but not enough for (Family and Community Services) to take William away from them.”

It has been reported that William’s ­foster agreement with his new parents in Sydney’s northern ­suburbs was intended to be a ­permanent arrangement from when he was just a few months old.

It is believed William did have supervised visits with his mother, contrary to some media reports.

However it’s understood these visits were infrequent.

In another surprise twist it has been revealed that 5 Seconds Of Summer guitarist Michael Clifford, 21, is William’s uncle.

Daily Mail Australia notes the Clifford family have only had minor involvement in William’s life and it’s understood William’s father has battled drug and alcohol problems and has also served time in prison.

5 Seconds of Summer are one of Australia’s hottest exports, selling out arenas all over the world.

We at MoM are still hoping and praying that someone out there knows where William is…..

If you have any information please contact your local police or call crime stoppers.