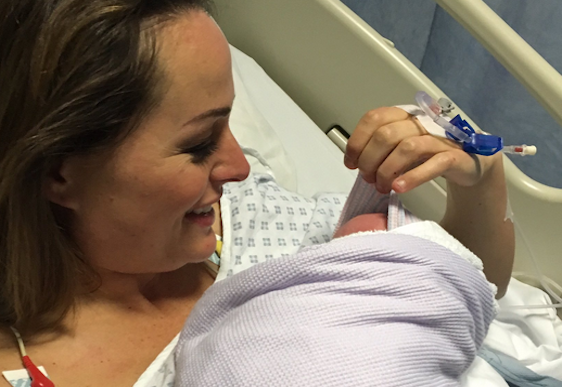 Newsreader Victoria Fritz had just finished her segment on the morning news on BBC Breakfast when her waters broke and she had to be rushed to hospital after going into early labour.

Sports newsreader Sally Nugent, who went with Victoria to the hospital then had to step in as her birthing partner after Victoria’s husband was stuck in traffic.

Ms Fritz who was due to in early December gave birth to a baby boy, and the new mum tweeted that the delivery was a “BBC Breakfast team effort”.

My heartfelt thanks to @sallynugent & St Mary’s drs&midwives who helped me deliver my little boy yesterday. A @BBCBreakfast team effort! ????????

Congratulations @VFritzNews! Victoria should have been our biz presenter today – but instead has some more exciting news to deliver! pic.twitter.com/LBv75ucony

Did your waters break in public?