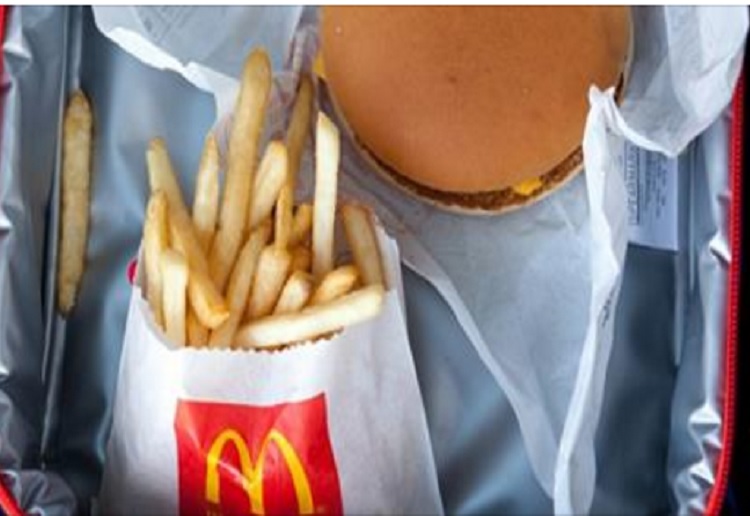 Principal disappointed that parents send their child to school with a “cold McDonald’s” for lunch. Is he out of line?

Jon Carthy, head of Byron Primary School in Gillingham, Kent, released a newsletter to parents after a string of “extreme and unacceptable” packed lunches had been given to kids, shares The Sun.

They included a cold McDonald’s Happy Meal, four yoghurts and a packet of smarties, one chocolate muffin, and two bags of crisps and a crisp sandwich. 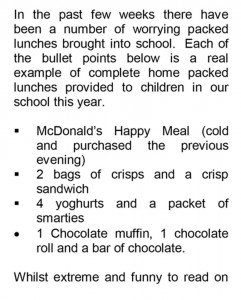 Mr Carthy told Kent Live: “We have 525 children at the school and every single child took that letter home and it has been posted on the website.

“I’ve only had positive comments back. Parents have said thank you and told me that someone needed to say this.”

It read: “In the past few weeks there have been a number of worrying packed lunches brought into school.

“Whilst extreme and funny to read on paper, I must make this clear THESE ARE NOT ACCEPTABLE examples of a balanced packed lunch.

“Children work very hard at school and a balanced meal at lunch time helps provide concentration for the afternoon.”

Mr Carthy is a keen promoter of healthy eating in schools.

He said: “I send a letter home every week as a way of communication to the parents regularly. I always include a headline article and I often talk about school meals and packed lunches.

“We can never promote it enough. I felt the examples would help them understand and show that I’m taking it seriously.

“I was trying to give some advice and guidance as well. I think most schools are taking it seriously as it is part of the curriculum but it is hard to monitor lunches coming in.”

More than 30,000 Australian children may now be severely obese, a national study into childhood health found.

Researchers said their findings suggested they had underestimated the problem, and its extent may be even greater than figures show, reported ABC news.

“The numbers on how many Australian children have severe obesity have never been crunched until now and our findings suggest we have underestimated the issue,” Associate Professor Sarah Garnett from Sydney’s Westmead Children’s Hospital said.

Isn’t the main point that kids are fed?

I have friends with children that are very particular about food (sensory issues etc). They will only eat the same thing breakfast, lunch and dinner. They have also gone through the maccas fad.

If it saves the child from starving then you run with it while trying to offer other suggestions and switch that fad to different foods that are healthier. Although that can often take some time and mean lots of tears & tantrums from both parents and child.

While it is obviously not the healthiest choice. We all do our best and sometimes really don’t have a lot of other choice.

Suggestions are great, but not always helpful or doable.

Do you have a fussy eater? How do you get around the lunch box battle?

We recently shared a story that school groundskeepers have been ordered to dob in overweight state school students to welfare workers with the Education Department saying obesity is a ‘child protection issue’. Read that article here.

- The note that angered parents across Australia