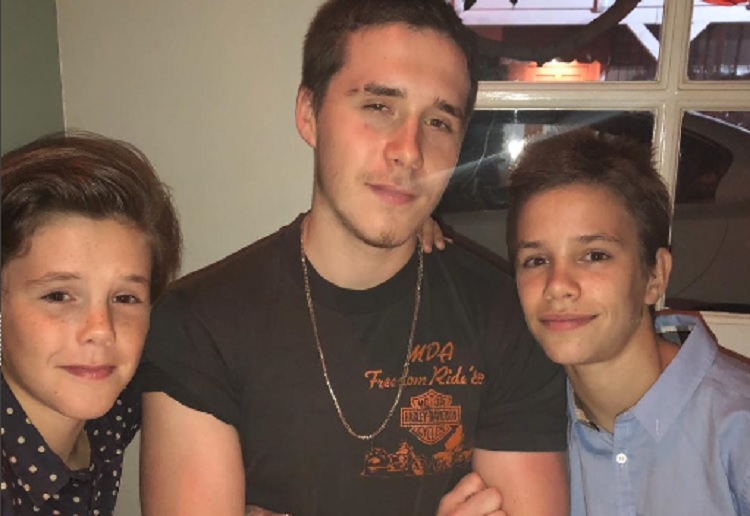 Victoria Beckham shared a photo of her 12-year-old son Cruz clinking champagne flutes with a friend as they watched the sunset from the pool.

However her fans were not impressed and slammed her  asking “are they over 21?” and some also called her a bad parent, assuming the boys were toasting with champagne.

“Children and alcohol, very nice,” one person chided, while another said: “they are only kids .. thats wrong.”

“Is your boy not a little bit too young?” one person asked.

What these fans clearly failed to notice was the hash-tags which noted “fizzy apple juice” as the choice of refreshing beverage.

One fan pointed out, “It’s apple juice people, just chill and read before,” another instructed, while one user bluntly said: “read the hashtag idiot! That’s the reason she’s done it! For people like you”.

We call it kids wine in our house and the boys love to have it on special occasions.