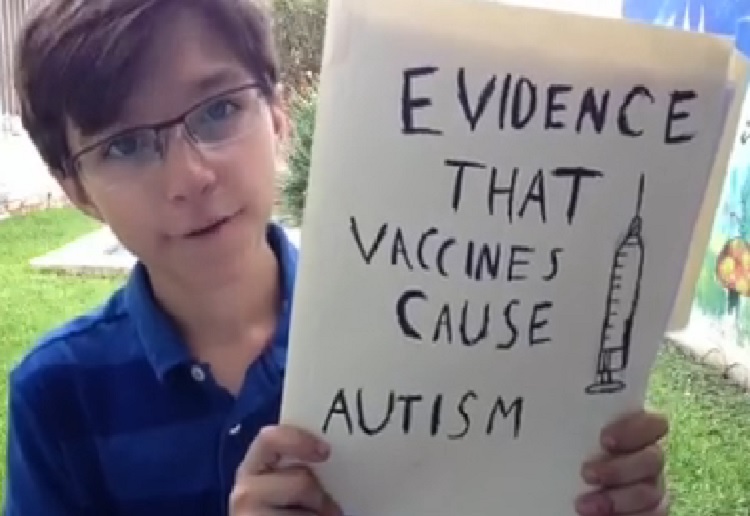 Marco Arturo is going viral with his video of a study he did revealing the link between vaccines and autism.

12-year-old Marco Arturo loves science, and he recently completed a lengthy study linking vaccines and autism.
He explains he is going to tell you step by step in depth what he has discovered.

Then he opened his folder which was completely blank.

“I think it might be because there is absolutely no evidence to support the statement that vaccines are linked to autism in any way whatsoever,” he said.
He went on to explain how vaccines have saved countless people from diseases like measles, meningitis, polio, and even eradicated smallpox.

And for all the parents who are sticking firmly by their decision not to vaccinate because it’s their child and their decision, well, Marco has a message for them too.

“It’s also everyone else’s child you’re putting in danger because you read some forwarded email,” he said.

So PLEASE vaccinate your children!

The video below has been shared nearly 60K times! It has reached over FOUR million views. Even Ashton Kutcher has shared the video.

BOOM TISH! This kid is a legend.