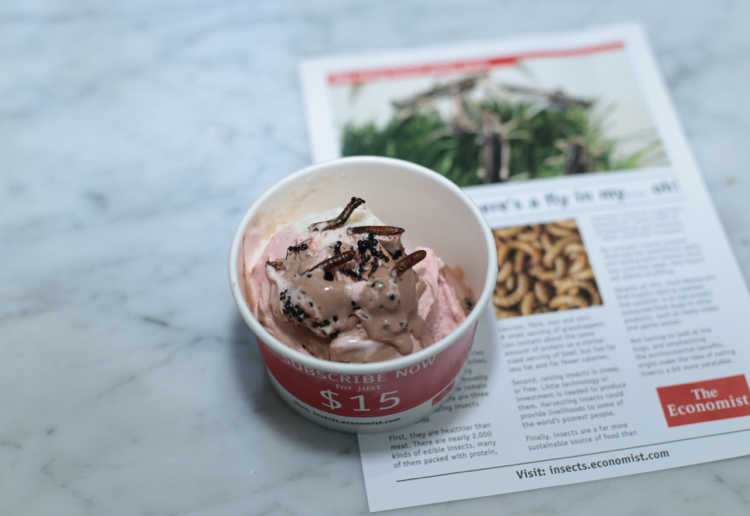 Who can say No to FREE Ice-cream? But what happens if your favourite cold creamy treat comes packed with roasted insects? Would you still be game to try?

In a bid to educate the world about future food shortages, the economist is giving out free ice-creams sprinkled with bugs. According to the economist, bugs are a source of cheap and easily accessible protein so insects could very well be on the menu in the not too distant future. 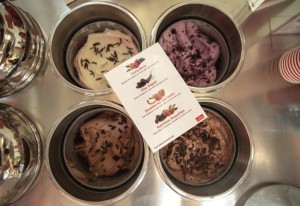 The insects have been sourced from the Edible Bug Shop in Sydney. The owner of the shop, Skye Blackburn, told hit.com.au that she includes bugs as part of her family’s daily diet.

“I throw some mealworms on my muesli in the morning for the extra protein,” she said.

Her kids are fans too and even ask for mealworms as an after-school snack!

“I make them mealworm chocolate crackles or maybe some cookies. It’s adding a little bit of extra nutrients and protein in there so it’s making the food a bit more nutrient dense for them.”

The insects are a bit of super-food with crickets apparently packing in more calcium than milk and more iron than spinach.

Skye continues: “They’ve got three times the amount of omega three as salmon and they’ve also got heaps of B12 and B2 vitamins which is a good mood stabiliser, so if you’re feeling a little bit upset, maybe come and try some of the bugs!”

Skye said that the bugs don’t actually have a strong flavour, except for the ants.

“The ants have a strong citrus flavour and they have the texture of poppy seeds. So if you’re expecting that kind of texture, it does actually taste really nice and I think they’ve got it paired with a nice citrus ice cream which is fantastic.”

“The crickets and mealworms have a kind-of nutty flavour to them so they are crunchy, they are roasted, but those mild nutty flavours work really well with the creaminess of the ice-cream. It is delicious!”

And be assured that you won’t find any insects wriggling around in your cone: “They are roasted before they’re added to the ice cream so they’re cooked and they’re crunchy.”

Where To Find Insect Ice-Cream

The FREE ice-cream food cart has already passed through Melbourne (did you try it?) and is available in Sydney over the next few days:

So would you brave the bugs? Tell us in the comments below?