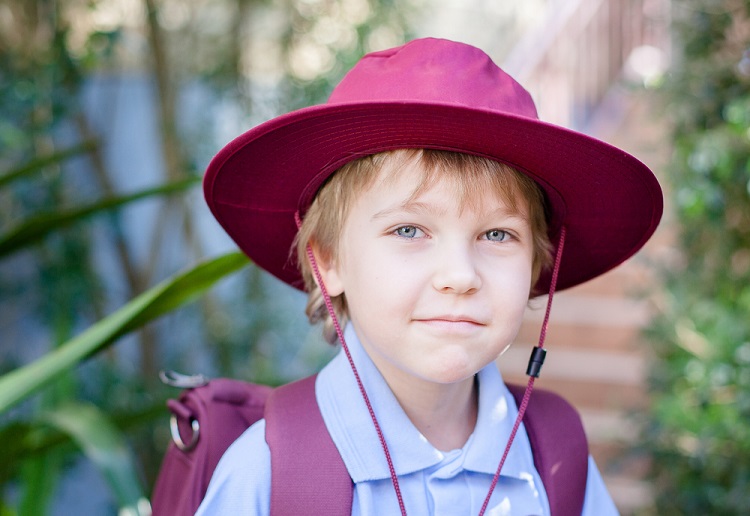 A WA kindergarten student almost hanged himself on the cord of his school hat, after it became stuck in a climbing frame.

Four-year-old Levi Saggers was left hanging when he slipped on a school playground climbing frame and the cord of his hat became caught around his neck, reports ABC.

The cord snapped but the boy suffered rope burns which were later discovered by his mother Kerry Mortell.

Ms Mortell said the incident was a wake-up call to a hidden danger in her son’s school uniform.

“He seemed OK with it, but when I spoke to him he did say he was very frightened at the time.

“It’s just scary that it could happen and nobody even saw it at the school, that was the worst part.”

These accidents are more common than most parents realised.

The WA Education Department declined a request for an interview, but in statement said it was up to parents to choose safe hats for their children.

“With most schools, parents have a choice of hats for their child – it is their decision,” the statement read.

“Teachers at Kununurra District High School speak with students about how to play safely on equipment and play is supervised, however no playground is risk free.

“Student safety is important, which is why school playground equipment conforms to Australian standards for safety.”

Ms Mortell has been trying to contact the department and her school’s principal – without any luck.

When told of the department’s response, Ms Mortell said it was not good enough.

“That’s not very good, it’s a real issue. I’ve written to them about it and will keep going until I get a proper answer,” she said.