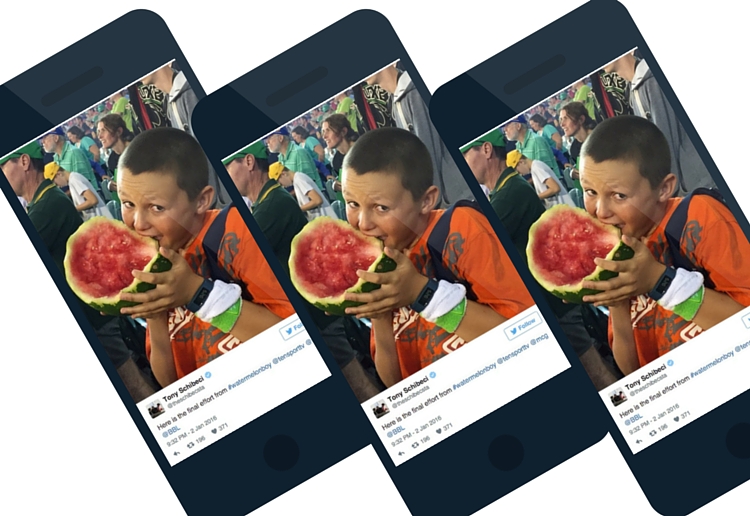 According to the ABC, Footage showing a hungry young spectator at the match eating a whole watermelon went viral as the boy was shown eating the skin and all of the enormous fruit.

In response to the footage, the hashtag #watermelonboy began trending on Twitter in Melbourne.

“#Watermelonboy you are an absolute inspiration mate,”

The ABC reported that the game itself saw a record crowd of 80,883 turn out to attend the game causing headaches for organisers.  The media outlet also reported that Cricket Australia was forced to apologise to fans who were left standing outside the ground well after the start of play, due to the implementation of new security measures which failed to cope with the huge numbers of people.