Article We Met Meghan and Prince Harry Today and They Were Fabulous! 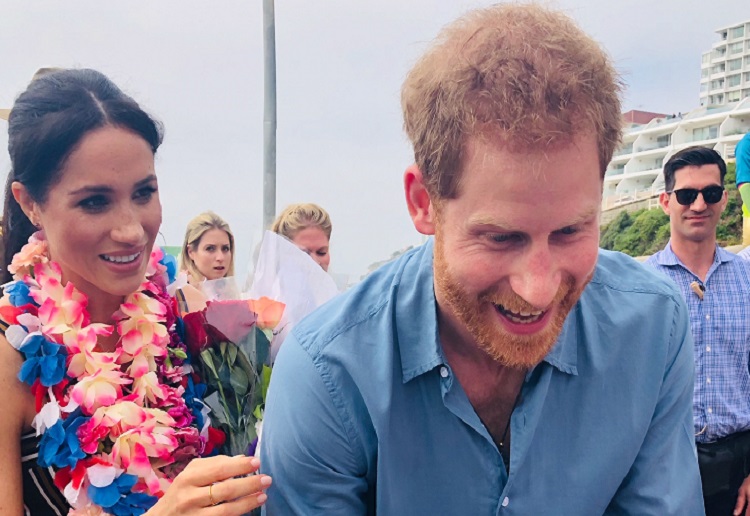 Day four of the royal tour found Duchess Meghan and Prince Harry at the iconic Bondi Beach and we were there!

Meghan and Prince Harry were at the beach this morning to take part in a “anti bad vibes” circle with the group, which aims to raise awareness for mental health and wellbeing.

Elisa from the MoM team was ready and waiting for the right moment.

Elisa shares how it felt to meet royalty explaining that it was an almost surreal experience meeting Prince Harry and Meghan in the misty Sydney morning rain.

“We chatted to one of the Bondi lifeguards. They were so excited to see the royals at the beach.

“It was a colourful, vibrant atmosphere with yellow zinc, leis fluro colours and happy faces.”

Elisa goes on to say, “It was a very relaxed atmosphere with yoga, on the beach, bare feet, crashing waves (even the royals took their shoes off!). Everyone was so happy and excited!

“So many people were congratulating Megan and Harry on their pregnancy news while shaking hands with the royal couple.” 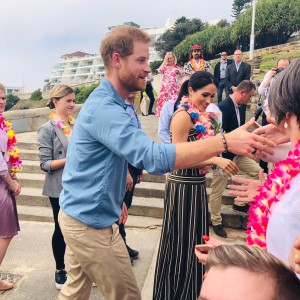 Later today Prince Harry is expected to climb the Sydney Harbour Bridge with PM Scott Morrison to raise the Invictus flag. Tomorrow they will attend the opening ceremony for the Invictus games.

We are so excited today in the MoM office I don’t think we will get much work done!

Have you encountered the royal couple at all during their travels? 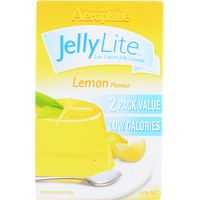 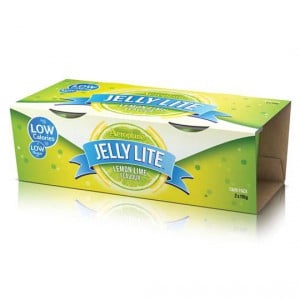