Article What comes first? Being a parent or a partner? 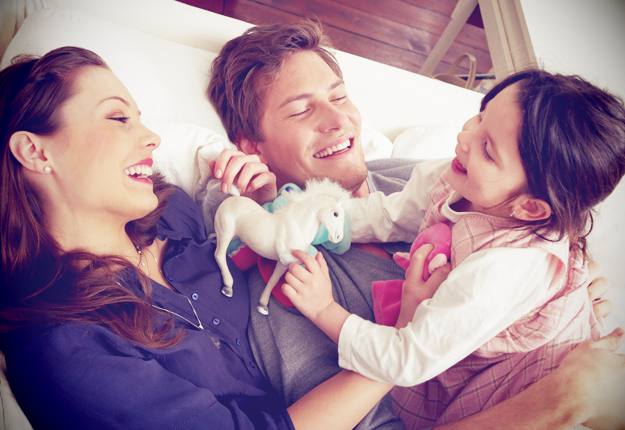 A few Tuesdays ago I went into Channel 7 for a Morning Show segment titled ‘The Dilemma’. The segment posed the question ‘Should being a parent or a partner be your priority? Is it possible to be both at the same time?’

Giuliana Rancic from E News had made this a hot topic by recently stating in an interview that she was a wife first and a mum second.

My initial reaction was that you could definitely do both. Unfortunately that was not a very thought provoking answer for a TV audience so I was politely encouraged to think about it a bit further! The more I thought about it the more I realised that so many of the decisions Jude and I now make are based on what is in the best interest of Siarra. Gone are the days of long, romantic dinners and holidays; attending events together or even a sneaky afternoon nap on the couch or lie in on the weekends – unless of course Bubba has decided to do the same. Our relationship as a couple has definitely taken a back seat to our new role as parents. Of course that’s not to say we don’t have some fabulous babysitters on speed dial!

As I discussed on the segment I am comfortable with this realisation. We had plenty of ‘pre-Bubba’ time where we were able to make selfish decisions as a couple. Now we are focused on our little one especially as we know we are going to blink one day and she will be all grown up. My fellow panel members had slightly differing opinions to mine as well as to each other’s. Jacinta Tynan said she would die for her kids but not necessarily for her husband while comedian Simon Kennedy was of the opinion that kids are much happier if they can see their parents putting each other first.

And everyone should drink more beer. (On second thoughts, maybe that was just an off air comment? hehe)

While we all walked away still being friends despite our somewhat contrasting opinions, poor Giuliana has been feeling the wrath of society after her comment. Mums and Dads everywhere have slammed her for daring to suggest that she believes putting her marriage first makes her and her husband better parents.

I don’t know her personally unfortunately (I have a bit of a girl crush on her I have to admit) but I think anyone suggesting Giuliana is showering her son with anything other than all the love and attention in the world must have a few screws loose. Further, I’m not sure what makes people think they have the right to question and criticise her approach to her family. Raising a little one takes ‘scary’ and ‘unsettling’ to completely unparalleled levels. The last thing anyone needs is to hear whispers of judgment on their parenting decisions. As long as your little one is healthy, happy, well looked after and loved to bits I believe you are making the right choices. No one has any right to make you second-guess how you are bringing up your little one. You are the best judge of what is best for you and your family and no one has the right to make you think that you aren’t

NB Please note the only exception to this rule is parents who dress their children in Crocs. For the sake of their kid’s future social status these parents need to be politely told to pull their head in.

What do you think? Can you be a parent and a spouse equally?

As long as you have a healthy, happy and looked after child does anyone else have any right to comment on your parenting decisions or should everyone else just butt out?

Does Giuliana have to grin and bear it because she has chosen to live so much of her life in the spotlight?