Article What we can learn from the Paris attacks 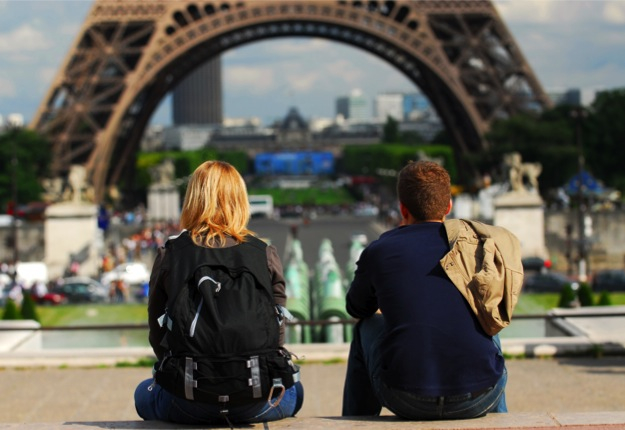 In the face of the Paris attacks tragedy, there are important lessons we can teach our children.

Five months ago, my family wandered the streets of Paris, joyously and carefree, full of the wonder and elation of being in this beautiful iconic city.

Today, when Parisians wake up to the horror and reality of what their city has endured, there are few that will be able to do the same. Joyous and carefree will be no longer be a terms of reference for life in Paris for a long time. Perhaps ever.

How do you recover and find trust and innocence when that has been carefully and strategically torn from you?

Paris is no stranger to tragedy. On January 2015, 16 innocent people lost their lives in a terrorist attack in the Charlie Hebdo satirical newspaper offices. The city regrouped, recovered and tentatively went about their business knowing life could never quite be the same again. Today, that bandaid of recovery has been brazenly and intentionally ripped off and any semblance of trust and normality has disappeared in the time it took for a suicide bomber to detonate a bomb outside a packed football stadium.

Everyone will have a story. Their stories may involve close calls, lifesaving change of plans, or knowing people, who knew people who lost their lives. The targets were simple yet effective – a stadium full of passionate football supporters, restaurants full of Friday evening diners, a concert hall of young Parisians. I’ve heard of Australian parents not being able to contact their Year 12 daughters on a post exam holiday in Paris for six hours, unaware that their daughters’ phones were turned off as they slept. These girls so easily could be in a concert hall in Paris on a Friday night. Their parents thought they were.

By targeting innocent, decent people doing normal things on a normal day, the terrorists cut to the core of the community.

Our European itinerary featured stadium tours of our three sons’ favourite football teams and if a football game had been on while we were in Paris, without doubt we would have been there.

Staying in an edgier part of town, we cruised like locals, inhaling Paris to remind ourselves once safely back in our suburban Sydney lives, that we had given Paris a red hot go. My kids worked the Metro like pros, they queued, took selfies, did touristy stuff, did non-touristy stuff. They experienced Paris rather than observed it. I want them to come back and do exactly the same thing (but perhaps without the $10 cokes in the Café Les Deux Magots)

They walked freely with disregard for anything other than experiencing Paris.

They need to still do this. Because in our children’s short lives we’ve seen terrorism become an unwelcome part of the life they know with terrorist attacks in New York, Madrid, London, Paris and in their own city of Sydney, 100m away from where their dad worked. We haven’t shielded them – they watch the newsreels, they see the images – this is part of their lives, we can’t pretend it’s not.

But even the bad can be good – I want my children to see the solidarity, the outpouring of grief and disbelief, the doors opening to strangers and the global swell of support – this is a sign of their times that is genuine, heartfelt and generous.

I want my children to understand that we’re all not the same and that political and religious differences are common. The world they live in is not vanilla, nor perfect, nor safe. This is their reality.

How do you want your children to understand the Paris attacks tragedy? Or will you shield them from it?