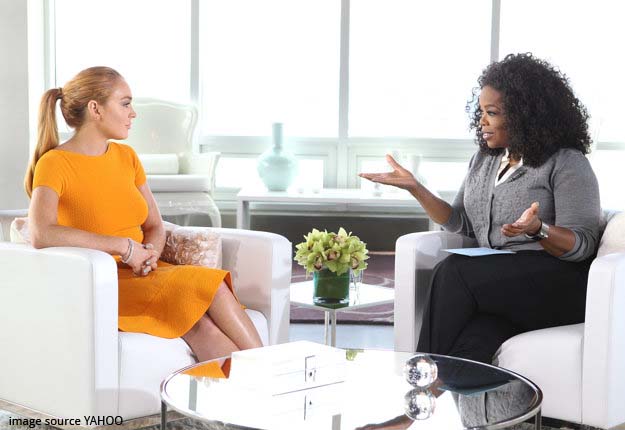 If you’re a Lindsay Lohan fan, and there might still be some out there, you would be used to the ups and downs of her crazy life. The six times (six!) she’s been ordered to check into rehab, the court appearances, mug shots, time in the slammer, toxic fights with her parents, and messing up again and again when she actually does get hired to act. That’s a lot for someone who’s just 27.

So when she finally sat down to ‘tell all’ to Oprah Winfrey, in an episode that aired Aug. 18 in the US and is due to air in Australia on Foxtel in early September, there might have been more than a few eyerolls, from fans or otherwise.

In the past, we’ve heard her publicly confess to being an addict (that was just after an altercation with the law – trying to score points with the judge, maybe?), blame anyone but herself for her problems, then deny being an addict just before checking in to her most recent rehab stint. That time, she told interviewer Piers Morgan she felt she didn’t need rehab, that she’s only done cocaine 4 or 5 times in her life and “I’ve never been a huge drinker,” though in the same interview she also discusses AA meetings and explained “I was drinking too much.” ‘Contradiction’ could be her middle name. Or maybe ‘Delusion.’

But just four days after her mandated 90-day stint in Palm Springs’ Betty Ford Center and Malibu’s Cliffside facility, it was a new Lindsay Lohan who opened up to Winfrey. Or was it?

Well, the signs actually are promising. She has a sober coach, she’s off the ADHD medication she was dependent on, she seemed clear-eyed for the first time in a long time and called herself “present and clear-headed and focused.” As part of her probation, she must continue therapy well into next year.

She admitted to being addicted to alcohol and calls it a “gateway to other things for me,” but insisted on only having used cocaine “10 to 15 times.” Her childhood, she says, was “chaotic” – but she also concedes she was addicted to that chaos, and the first time she went to jail she “kind of” wanted to go, “just to have some peace.” Her strife-prone warring parents, she acknowledged, “are just parents, really, at the end of the day trying to stand up for their daughter and themselves.” 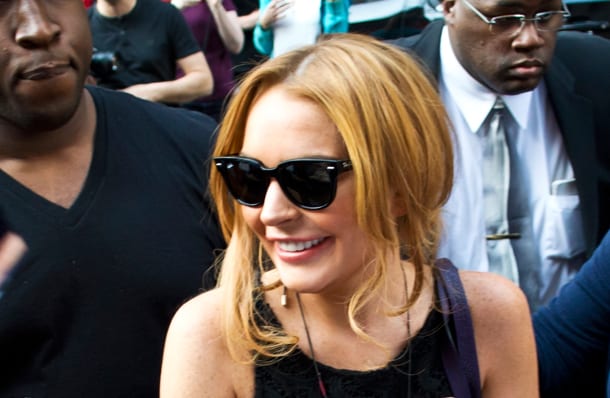 And although she has made an attempt at taking responsibility for her mistakes in the past and subsequently pointed the finger at others, this time she seemed frank: “I’m my own worst enemy, and I know that.”

The best sign? She’s listening to advice, and has a powerful ally. After Winfrey expressed grave concerns about Lohan’s planned “yoga and meditation kind of retreat” in Europe and its ready temptations, Lohan cancelled the trip.

Plus, she’s working. Although her latest gig, a micro-budget film called The Canyons, was a box-office stinker, she has landed a small role on an episode of the HBO comedy Eastbound and Down. She’s also the subject of an upcoming ‘docu-series’ (reality show!) about her recovery on the Oprah Winfrey Network. The show will follow the the Mean Girls star, who once showed such promise, trying to claw her way back to professional viability.