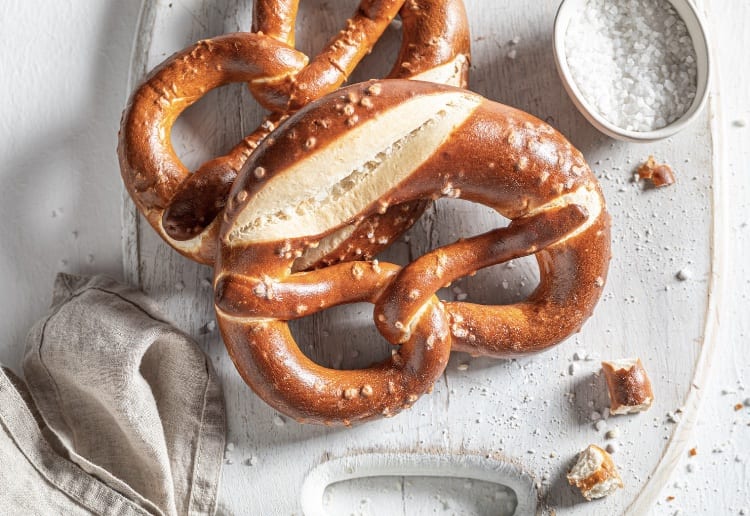 So who invented pretzels? We know it’s been a question that you’ve been wondering about, like, forever! So we’re here with all the answers and a few other fascinating pretzel facts.

People all around the world love the delicious snack known as pretzels. Whether hard or soft, these delicious treats are a favourite among many. If you ever enjoy these tasty snacks, you may have wondered, who invented the pretzel?

Throughout time, variations of pretzels developed from the traditional soft pretzel to hard pretzels sticks, even to pretzel buns. This classic snack has a long history and still continues to be a popular food worldwide.

There are several different tales of how pretzels were first invented. Believed by many to be invented by the Germans, these twisty treats spread all across Europe during the Middle Ages. Originally just a few simple ingredients, pretzels developed over time into the delicious treat we all love today.

One of the most common beliefs on how the pretzel was first made traces all the way back to the year 610. It was said that an Italian monk first made pretzels during the season of lent as a reward for children who memorised their prayers. The monk supposedly twisted the dough to look like arms crossed during prayer.

Another popular theory is that pretzels were invented by desperate bakers in Germany that were being held hostage. As the treat spread around Europe, it became known as the “bretzel” or “pretzel”. Regardless of how the origin of the pretzel happened, it quickly became a staple in many people’s diets.

Pretzels arrived in America as early as the Mayflower. It is said that Pilgrims used pretzels for trade with Native Americans. With German settlers arriving in Pennsylvania in the 1700s, they brought over their delicious pretzels.

In 1861, the first commercial pretzel bakery was developed in Lancaster, Pennsylvania by Julius Sturgis. Sturgis is also claimed to be the inventor of the first hard pretzels. Hard pretzels became popular as they lasted longer, allowing them to be sold further distances and last longer on the shelf.

In 1935, the Reading Pretzel Machinery Company invented the first automated pretzel maker, which was capable of making an impressive 245 pretzels a minute. This allowed for a great production of these beloved snacks, as people could make at most 40 pretzels per minute by hand prior.

Today, Pennsylvania produces 80% of America’s pretzels, making them the pretzel-making capital of the country. Pretzels, both soft and hard, remain a favorite snack of people everywhere.

Pretzels have become such a popular food, that 26 April has been declared National Pretzel Day. The great thing about them is that you can enjoy your pretzels with a cream cheese icing or with cheese sauce. They are a versatile food, as they can be eaten sweet or savoury.

For hundreds of years, people have enjoyed these amazing snacks. Though the origins aren’t clear, pretzels have no doubt been loved by people throughout the decades. With so many ways to enjoy them, they are the ultimate snack food.

What are your favourite pretzels? Tell us in the comments below. 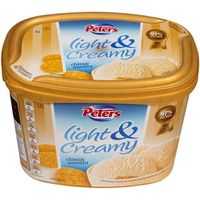 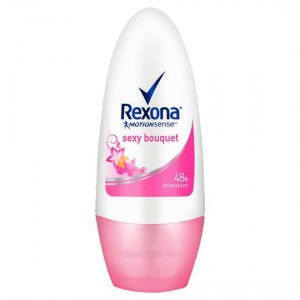