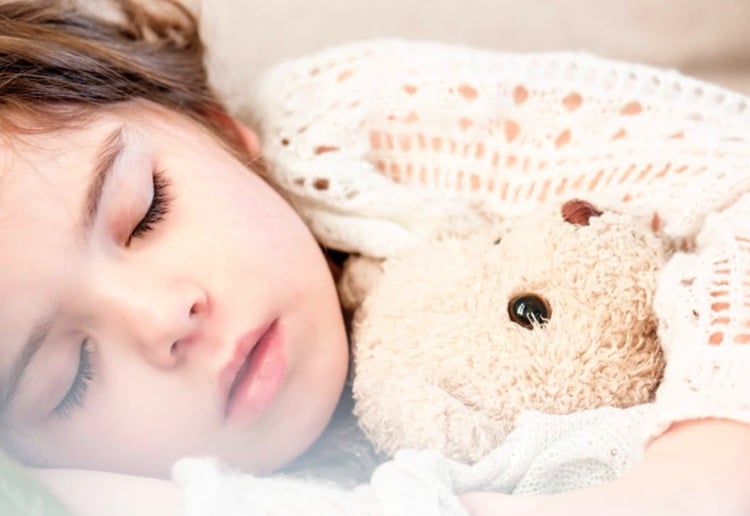 Improving sleep in children with ADHD has some lessons for all parents.

All parents have probably struggled to get their kids to sleep at some point. This is even more difficult when a child has ADHD.

Every evening around the world, parents put their children to bed, hoping they’ll go to sleep easily. For most parents that’s exactly what happens. But for some kids, sleep does not come easily and evenings are a battle.

Children with ADHD are much more likely than other kids to struggle getting to sleep, and staying asleep. Up to 73% of Australian parents report their child with ADHD has problems sleeping.

Why are children with ADHD more likely to have sleep problems?

Children with ADHD are more likely to experience additional mental health problems such as anxiety and depression, which themselves are associated with difficulties sleeping. Some medications for ADHD can cause insomnia, but children with ADHD who are not taking any medication still have more sleep problems than children without ADHD.

An association has been found between ADHD and the CLOCK gene. The CLOCK gene helps to regulate our circadian rhythm, the body clock that tells us when to sleep, wake up, and eat. Research has shown that children with ADHD are more prone to having disturbances in their circadian rhythm, which means it’s difficult for them to fall asleep at the desired bedtime.

What exacerbates this and how can it be improved?

The circadian rhythm is influenced by cues in the environment like sunlight, temperature, and the timing of meals.

Exposure to artificial light, particularly blue light, is one factor known to influence the circadian rhythm, as it stops the production of melatonin in the brain. Melatonin is a hormone that makes you feel sleepy. Some electronic devices emit a lot of blue light, so if children are using electronics right before bed they are less likely to feel tired.

Our study found 36% of children with ADHD were using electronics right before lights out. As well as stopping melatonin production, electronic devices are often highly stimulating so it is much harder for kids to “switch off” and go to sleep right after using these devices. To improve sleep, use of electronic devices should be restricted in the hour before bed.

Another way to help kids be sleepy at bedtime is to ensure a consistent daily routine is kept. If children have a set bedtime routine (something like: bathe, brush teeth, read/listen to a story, go to bed) their body begins to associate these activities with going to sleep and they will begin to become sleepy simply by going through the routine.

This is also the case with bedtimes and wake up times – keeping the time children go to bed and get up the same (within about ten minutes) each day helps to regulate their circadian rhythm. Our study found parents were pretty good at making sure kids went to bed around the same time on school nights. But on the weekends only 38% of kids had a similar bedtime to school nights.

What are the lessons for all children?

Our study investigated how sleep patterns were associated with consistency in daily household routines and children’s sleep habits, such as having a similar bedtime each night, having a bedtime routine and keeping screens out of the bedroom.

We found children who had good sleep habits (including sticking to good habits on the weekends) were less likely to argue at bedtime, slept for longer and felt more alert during the day. Children whose parents were more consistent in making sure the household stuck to daily routines argued less at bedtime and were less anxious about going to bed.

Our study has shown that teaching families to stick to good sleep habits every night of the week may be an important part in helping children with ADHD manage their difficulties sleeping. If children are going to bed much later on the weekends and not sticking to the same routines around bedtime, it disrupts their circadian rhythm. They tend to want to sleep in later the next day – which might be OK on the weekends but doesn’t work when Monday morning comes around.

It’s likely all children (and parents!) could benefit from not using electronics before trying to go to sleep, and by trying to stick to a similar bedtime and wake time on the weekends as they do during the week. While these can be relaxed a little bit, changing sleep and wake times by more than an hour will likely make getting up on Monday morning much more difficult.