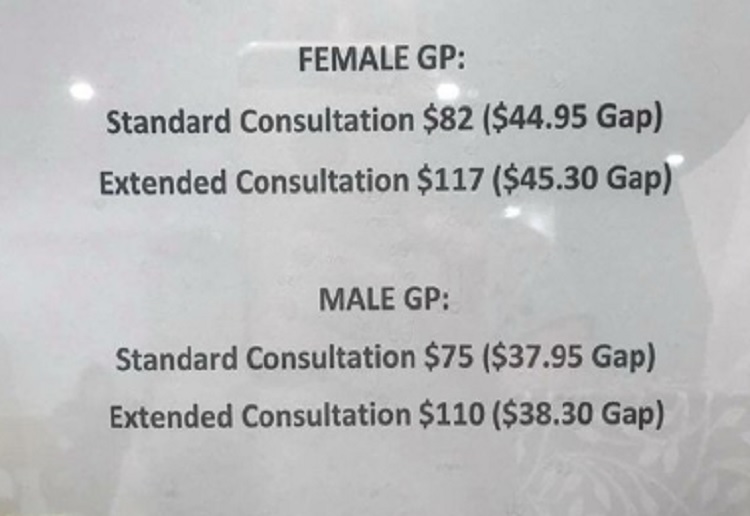 A Melbourne GP clinic will face investigation after it was found to be charging more for consultations with female doctors.

The clinic displayed a sign that listed a standard consult with a male doctor at $75, compared to $82 for a female doctor, reports 9 news.

The clinic said the rates were set by the GPs themselves, with a group of doctors who happened to be male deciding to conduct shorter consultations.

Victoria’s Equal Opportunity and Human Rights Commissioner, Kristen Hilton, told The Guardian it is “against the law for doctors to treat someone unfavourably because of their gender … This could include charging someone more to see a doctor because they are female.

This is so fucked. My friend @TheMilkeWay goes to Eltham North Clinic in #Victoria and they’ve just instituted extra fees for female doctors because “women’s issues take longer.” Surely this is illegal? pic.twitter.com/Vwm0aafM1z

How do you feel about varying consult fees for men and women? Is it fair?