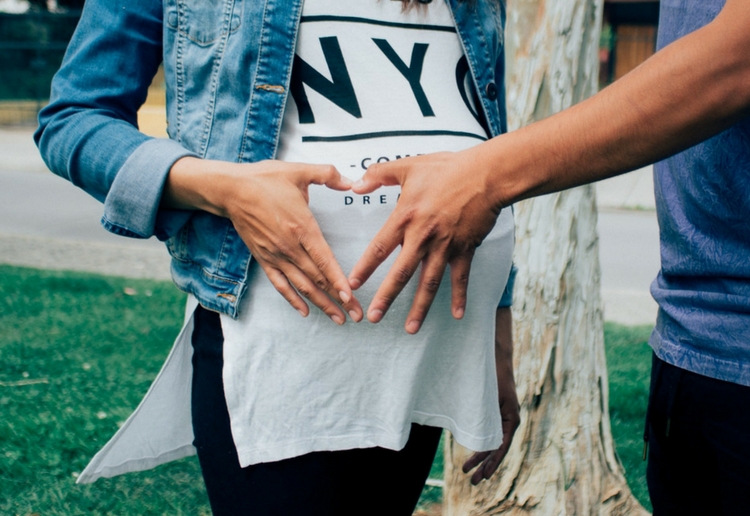 When our Obstetrician or Midwife suggests we develop a birth plan, it’s not exactly like we’re planning for world domination. However, it is not far off considering the overall task is not for the weak, but is indeed a mammoth feat. No army would go into frontline battle without a clearly defined strategy, and so it makes perfect sense to detail a plan of action before bringing that freshly baked bun out of the oven. It’s our last chance for control before we meet with the new boss of the household.

If you’re anything like me, you imagine your birth experience to be transcendent. Low light, soy candles, essential oils puffing out the scent of lavender and mint, pan flute (or jazz flute, whatever floats your boat) playing in the background and a birthing bath set at ambient temperature filled with silk water lilies. It’s my birth, body and baby – why the heck not?!

Do know, however, that sometimes reality can look a bit different and that is totally OK.

On the 3rd January, 2015, our son received his eviction notice when I was induced at 42 weeks, which meant the birthing experience was as far from ‘natural’ as possible. Even the hormone to bring on labour was fake. During the 12-hour labour I was strapped to a monitor, IV drip and urine catheter that prevents your bladder from exploding.

I couldn’t sit in a bath, let alone get up and walk to the window. After a few hours sucking in gas that was as useless as a helium balloon, I said, “screw this” and did what any other mother in agonising pain would do. I called for the Epidural Fairy.

She floated in on a white fluffy cloud with her magic trolley of make-the-pain-go-away drugs. I don’t remember too much from labour, but do I recall seeing rainbows beaming from her face. She rattled off some legal mumbo jumbo about the implications of anaesthesia in between contractions, but I profusely accepted the terms and conditions and had never been happier to get a 10-inch needle inserted into my spine.

I slept, ate, complained and peed into a bag on the floor until the doctor insisted that tongs and scissors were required to pull our baby’s giant melon out. The after-pain lasted for months and became a brutal reminder that it’s probably not a good idea to plan for something I had no control over.

For many of us, birth doesn’t always happen as we anticipate. We can write down the ABC’s of how it’s going to be, and how we want it to all happen but there’s just no guarantees. We must leave it to the powers that be, to determine whether it’ll be a spontaneous or induced labour. Natural or theatre. Breach baby or noggin first. Drug free or pain relief. Bath, shower, floor, bed or car (just kidding, this rarely happens).

Nobody – not even the Midwives who deliver thousands of babies a year – knows how your baby will make its journey from belly to breast. Each little miracle life has a pre-destined day and time when they draw in their first breath and cry their first cry. You record and remember that moment you finally met your creation, and forget the rest.

I have learnt through the birth of my son and motherhood in general, that life almost never goes according to plan. Instead, it is filled with surprises, challenges and experiences that always teaches us something new, so we can become stronger and better, and pass that strength and wisdom onto other mums.

When we lose control, we don’t become contained or helpless. We become liberated because we finally see that we are more capable than we thought we were to handle whatever life throws at us.

Now that we are expecting baby #2, my expectations for birth are vastly different. I feel less anxious and stressed about what birth will be like. I now know it’s atrocious, painful and called ‘labour’ for a pretty good reason.

But, as long as the baby is breathing and healthy upon exit, I get to keep all my body organs and someone has pulled my passed-out husband out of the birthing suite, I’m happy as Larry.

Now, stop planning for birth and start preparing for the adventure that lies ahead!

Did you have a birth plan? Tell us why or why not in the comments below!