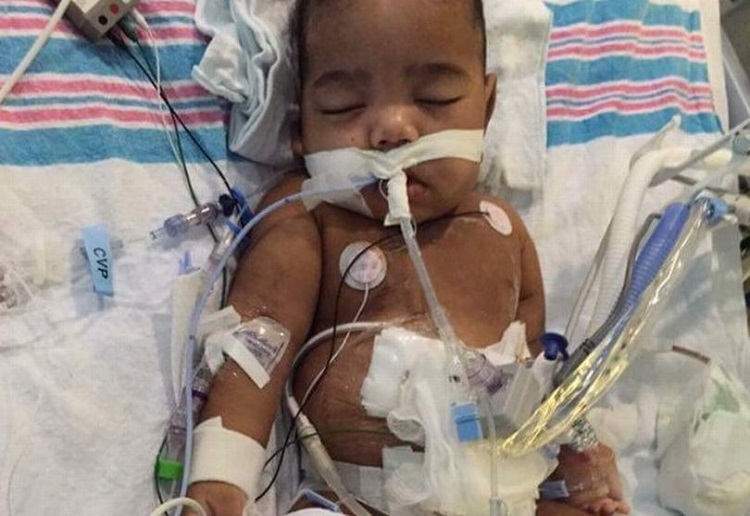 A dad has been prevented from donating a kidney to save his two-year-old son’s life.

AJ Dickerson was born prematurely without functioning kidneys. The transplant to save his life has been delayed because dad (who is a match) has a criminal record.

Mum, Carmellia Burges, said: “He has been fighting for his life since the day he came into this world.”

Doctors found that his dad Anthony Dickerson is a “100 per cent match” for his son, reports The Mirror.

Mr Dickerson was due to donate a kidney via transplant surgery on October 3rd but AJ’s parents say the hospital in Atlanta, Georgia, postponed it at the last minute.

Staff found out that Mr Dickerson has a criminal record and was recently arrested on suspicion of possessing a weapon.

They said they wanted to find out if he was complying with the terms of his parole before they would go ahead with the surgery, according to reports.

The operation may be rescheduled in January. His parents fear it may be too late by then.

“What do he [AJ] got to do with the mistakes I made? Nothing,” Mr Dickerson said.

Emory Hospital said in a letter to the couple: “The Living Donor Transplant Team at Emory has asked Mr. Dickerson for evidence of compliance from his parole officer for the next three months.

“We will re-evaluate Mr. Dickerson in January 2018 after receipt of his completed documentation.”