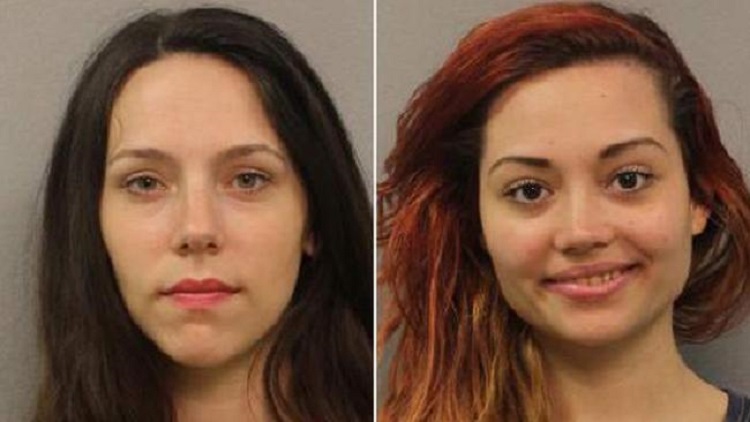 Mother arrested after leaving her 13-month-old baby in a hot car outside a strip club where she was auditioning.

Kelsey McMurtry, 24, was auditioning at the club in downtown Nashville last Thursday while her daughter sat in a locked car with the windows up, WSB-TV reported.

A witness saw the baby who was dressed in a coat and sweating and called police.

According to a warrant, it was 22C outside when officers arrived and temperatures inside the car had reached 37C.

Witnesses estimated the baby was in the car 30 minutes.

She was treated at a hospital and placed with children’s services.

McMurtry’s friend, 19-year-old Summer Taylor, said she had an eye on the child while her mother auditioned, according to WSMV. However, witnesses told police she never left the strip club in the 30 minutes the child was outside.

Police arrested McMurtry and Taylor on charges of child neglect. Authorities also charged McMurtry with criminal impersonation after she allegedly lied about her name in an apparent effort to avoid an outstanding warrant, WSMV reported.