Article Why this photo touched our hearts 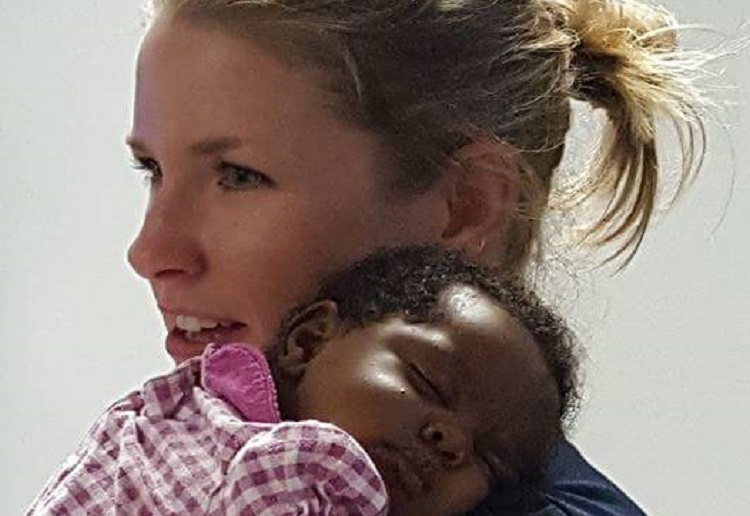 Viral photo of a police officer cradling a one-month-old baby after both her parents were found overdosed.

Neighbors in Birmingham called the police to report the sound of children crying, and Officer Michelle Burton arrived to find their 30-year-old father dead on the kitchen floor.

While the unconscious mother, 35, was revived and taken to the hospital, the baby, along with three siblings, ages seven, three, and two, were placed in protective custody, reports Daily Mail.

Police arrived at the housing complex around 9pm, to find the children’s mother unconscious on the couch.

She was revived and taken to St Vincent’s Hospital, where she remains in critical condition.

South Precinct Lieutenant David Rockett said: ‘It was a real sad situation. At least one of the parents survived. If there’s a silver lining, it’s that.’

All four children were taken to the South Precinct, where Burton, an eight-year-veteran, took care of the kids for seven hours while social workers looked into foster homes.

As a mother, Burton shared her love of kids and told WBRC: ‘If anyone knows me, that’s what I love to do. Everyone calls me ‘mamma’ here at the precinct.

‘I took all of my equipment off and got the baby and just held her because I know babies like to be held. She slept and slept until she couldn’t sleep anymore.’

Burton’s husband Brian Burton, a sergeant who works with the Jefferson County Sheriff’s Office, posted the photo of his wife on Facebook, commending her for her work.

He wrote: “Last night, my wife Michelle Burton told me she would be late getting off work because of call she was on where the parents of 4 small children had both overdosed.

Michelle said the father was dead and the mother was critical. She spent the rest of the night taking care of these babies. She got home at 4 this morning. I’ve never seen her more beautiful than in this picture. What an incredible woman.”

The image below has been shared over 1500 times.