Article Why you should be really careful practicing YOGA during pregnancy 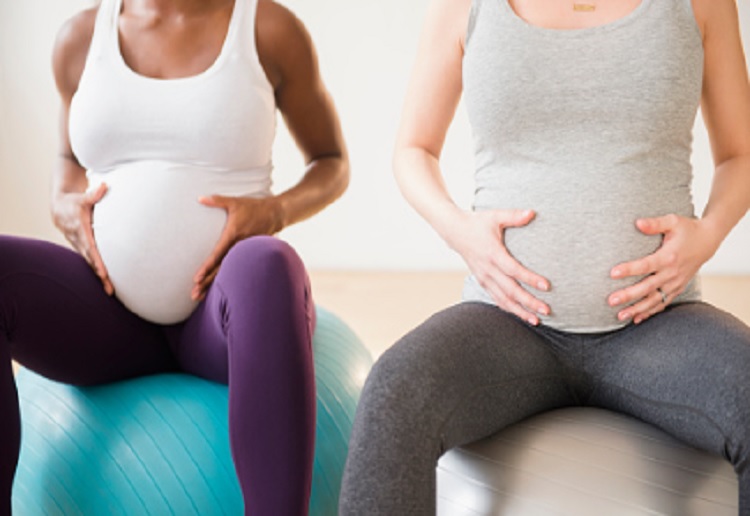 A new report reveals the possible danger for expectant mothers who choose to attend yoga classes during pregnancy.

A 35-year-old pregnant woman experienced a few weeks of vision loss – caused by straining as she stretched into a downward pose, reports Daily Mail.

The difficult position, which sees a rush of blood to the head, was responsible for her valsalva retinopathy (VR), doctors claim.

They said the condition, which causes floaters in the eyes and temporarily affects vision, is usually associated with an episode of straining.

However, they warned the increased pressure in the form of practising the ancient Indian science could also trigger the bizarre symptoms.

Writing in the BMJ Case Reports, doctors treating the patient, believed to be from Leicester, described it as an ‘unusual case’

They said: ‘We present an unusual case of VR in a pregnant woman after yoga. To our knowledge, it has not been reported in the literature in association with yoga.’

The doctors added that certain yoga exercises, such as pranayama – controlled breathing, have been linked to VR in medical literature.

The mum was rushed to the A&E department at Leicester Royal Infirmary at 27 weeks gestation with loss of vision.

Doctors also noticed a large floater in her left eye – which are often dismissed as harmless but can be a sign of something more sinister.

The patient revealed the symptoms were triggered following a head down posture, when her head was below her bottom.

After five months of follow-up, this woman had undergone a normal delivery and her haemorrhages and vision loss had resolved.

Doctors said that prognosis of the strange condition is ‘variable’, but most cases report ‘excellent’ outcomes.

Read more: The one exercise all children should be participating in daily