Article Wiggles toy sends the internet into a frenzy 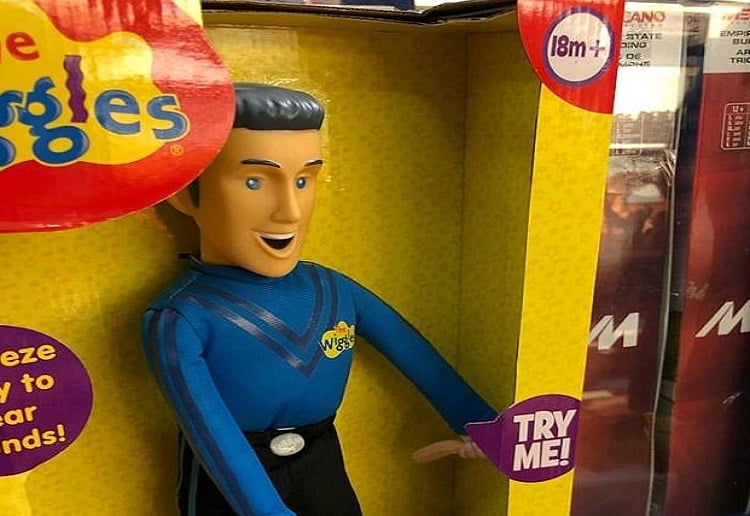 A photo of a blue Wiggles figurine has sent social media into a frenzy. Can you see why?

The toy version of Anthony Wiggle, was photographed grasping its ‘drumstick’  in a New South Wales department store.

The image was shared widely after it was uploaded to Brown Cardigan’s Instagram with the tagline: ‘Give it a Wiggle.’

The beige stick was one of two being held by the toy, with the other hidden inside the cardboard box for the purpose of the photo.

Nano Martinez was at Newcastle’s Frontline Hobbies when he took the perfect opportunity for a comical photoshoot at the expense of the iconic character.

‘I just couldn’t help myself, I think the stick itself already looked a bit suspect,’ he told Daily Mail Australia.

Mr Martinez said he and his mates had a good laugh at their handiwork, took some photos and then replaced the doll to its original PG-rated position.

‘I took the picture and placed it back to his old kid-friendly self.’

Oh dear! What can we say really?