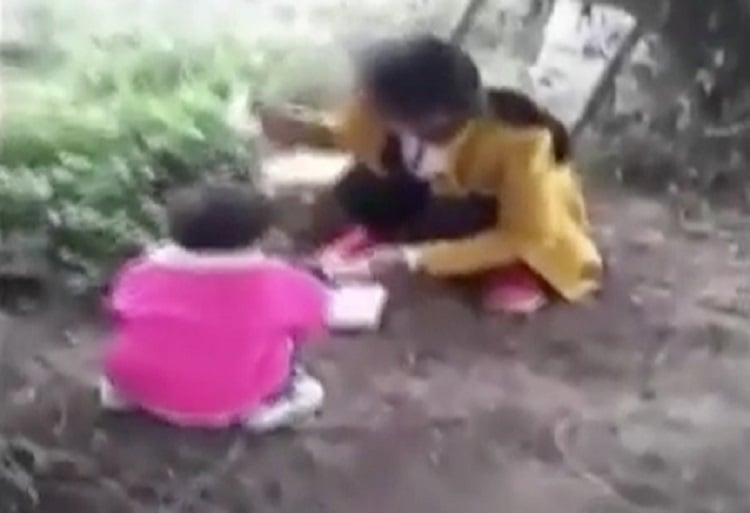 A shocking video has emerged of the moment a Chinese mother counted money out with her little girl before she was about to illegally sell her to a trafficker to pay off gambling debts.

7 News shares – Huanqiu.com reports that a mother of two, tried to traffic her daughters separately for around $6500.

The people trafficker is reportedly on trial after the girls’ dad told police about the nightmare situation.
Long Baoxin, from Heng County in central China, was filmed by one of the traffickers counting out cash with one of her daughters.

The mother of Su Xiaochun, 4, and Su Xiaoqiu, 2, (names changed) reportedly lived a ‘frugal’ life with her partner but after an argument over gambling she left with the girls.

When the Long Baoxin did not return the father, only identified as Su, visited her and found out his daughters had gone missing.

Sohu TV reports that Long Boaxin sold one of the girls at a train station in December 2014 for around $3800.
After getting into more debt she went on to sell her other daughter in January 2015 for $2,620.

In April last year Chinese police were able to rescue both the girls and take them back to safety.

Daily Mail reports that the girl’s mother has admitted to the charges and is awaiting sentence.