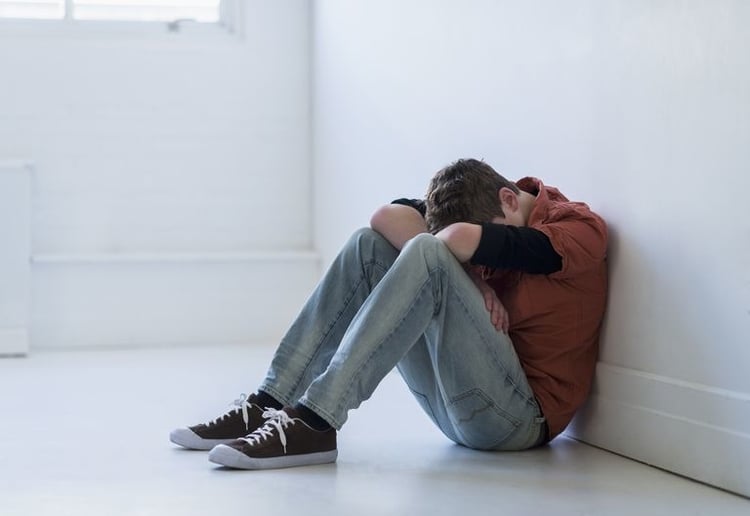 A mum has taken to Reddit to share her concern about her twelve-year-old son who has started to show signs of being depressed. The mum says she recently realised that she had been depressed for a number of years and is beginning to notice that her son is behaving in a similar way.

The mum says she began to notice something was wrong when her son lost interest in his after-school activities. “He has been sleeping a lot more lately often not even being able to get up to go to school,” she wrote.

“I get that some of this is probably in part due to his hormones…but I would like to get him checked as I have severe depression and anxiety.”

After they separated, the mum says her son’s father isn’t really in the picture but has recently offered her son the option of going to live with him if it would give him a fresh start. “He’s usually very open with me about things he’s going through but suddenly he’s very closed off,” she said.

“I’ve tried talking to him. I don’t interrogate. I chill with him and I tell him things I’ve gone through and ask if he can relate.”

Despite her best efforts, the mum admits she is worried that her son feels he is alone.

As a result of her own diagnosis experience being so horrible, the mum says she wants to avoid forcing her son to get help. “One of the worst experiences of my life was being forced to the doctor to be tested for it,” she said.

“How do I ease him into the conversation and get him to agree to get checked out?”

Responses to the mum’s post highlighted the importance of getting help early.

“You wouldn’t allow your child to miss a dentist appointment if he had a toothache,” one commenter said.

With greater awareness around mental health issues, it’s important to get support for your child when they need it and take action sooner rather than later. No one should have to suffer in silence.

Has your child struggled with mental health? Did you access support for them? Share your story in the comments.