Article Would You Let Your Child Use A Potty In Public? 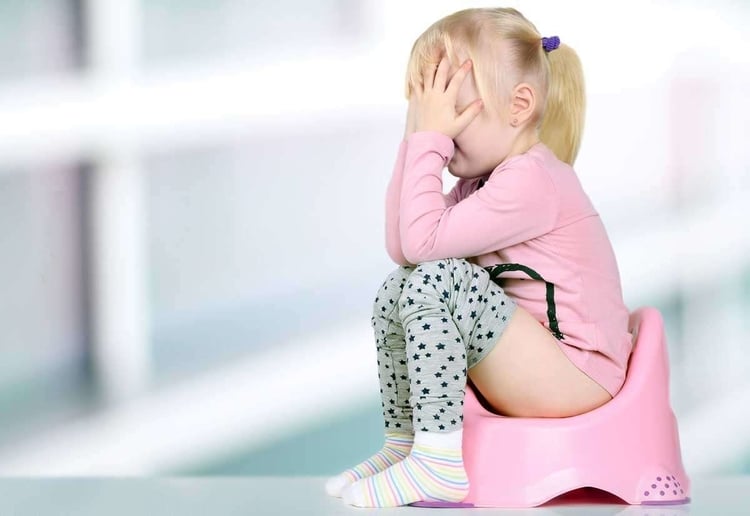 Taking to Mumsnet to ask for advice, a concerned mum has asked if she is being unreasonable to think parents shouldn’t allow their children to use a potty in public. The mum says that her own children are not yet at the potty-training stage, but feels that subjecting the general public to the process is wrong.

Out In The Open

The mum says she was standing in line at a local event when the unexpected happened.

“I went to a fair today,” she wrote. “There was a kid and their dad in the queue. The dad whips out a potty and the kid does their business right there and then!”

With so many people also in the line, the mum says she felt the decision was a little inappropriate.

“Is this what I have to look forward to?” she asked. “Would most people at least go and hide in a bush or something? There were loads of people around and the place was heaving.”

A Time And A Place

Comments on the mum’s post were divided with some agreeing that parents should try and find a more private space before allowing their child to use a potty.

“I never did this with either of mine,” one mum wrote. “What happens if you are in a restaurant? Or a school play? If your child can’t wait even a minute they’re not ready.”

“I saw someone whip one out in the frozen section of our local supermarket and vowed never to use one,” another said.

Others, however, were quick to rush to the dad’s defence.

“I have done similar many times,” one mum shared. “I’m pretty sure I was judged, especially by those who have no idea what potty training entails or how difficult it can be.”

“I’d be grateful if my child used a potty rather than just pulling her pants down and going on the ground every time I turn around!” another said.

While we can understand the benefits of a portable potty when training your child, we do think this dad could have been a little more discreet. And the frozen food section is definitely a step too far!!

Do you think it’s wrong to let your child use a potty in public? Let us know your thoughts in the comments.