Article Yes! Christmas Is Coming Early To Kmart This Year 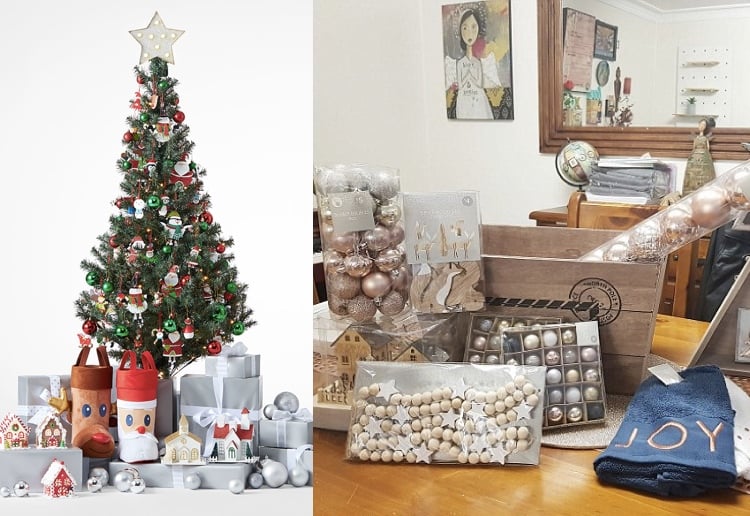 We all need some Christmas spirit in our lives at the moment. Even though there is still just under five months until the big day, it looks like Kmart is all set to release its festive catalogue much earlier than usual this year.

There’s an excited buzz around the social channels that we’ll be able to deck the halls with boughs of holly and Kmart tinsel sooner than we expected.

Kmart traditionally releases its Christmas stock around October but we’ve got a good feeling that it’s going to be earlier this year.

Not Too Many Sleeps To Go….

The Kmart website has been teasing us with the tantalising message:

“Our range of Christmas products will be here very soon. Not too many sleeps to go…”

The text was accompanied by a set of the cutest Christmas nesting dolls – featuring Santa, Mrs Claws, Rudolph, a penguin and an elf. Adorable!

Another message on the Kmart site also hints to the imminent release of Christmas stock:

A Bit Of A Sneak Preview

One Kmart fan on a Christmas Mums group alleges that the Kmart team made a ‘boo hoo’ a few weeks ago and uploaded the entire Christmas catalogue online. But unfortunately, they took the preview down before too many shoppers noticed. BUT this does give us a hint that the stock is all ready and waiting in the wings. It could be any day now.

Kmart fans were rejoicing at the thought of an early release of Christmas goodies:

“Being in Victoria I think I’m going to start earlier then normal on my decorating too bring some fun and cheer, even if it’s slowly and bit by bit,” said one shopper on a Christmas mums group.

“It will be something to help bring in the light on what has been a very dark year,” said another mum.

We actually think that it would be a smart move for Kmart to release their Christmas paraphernalia on the early side. The Easter sale was a nightmare for the discount retailer and customers were fuming over cancelled orders and crushed chocolate eggs that arrived days after the holiday.

Plus Kmart implemented some sort of frustrating online virtual waiting room to stop the hoards from smashing their servers all at the same time during the peak of the COVID lockdown. We certainly would not be keen to have to ‘queue up’ again to access the Christmas gear.

Launching their Christmas stock early would mean Kmart would have ample time to fulfill their orders, as long as shoppers don’t wait until the last minute to make their purchases.

Many shoppers have indicated that they are planning to get their Christmas shopping done earlier due to COVID uncertainty. Some super-organised mums have already got their festive chores all done and dusted and many took advantage of the Christmas layby option during the Big W Toy Mania sale.

“I had all mine done as soon as the first lockdown was done. In fact I went a little too crazy and have enough for Christmas, both my babies birthdays next year and Easter,” said one mum.

“Yes all mine is done and I am never done before end of November,” said another.

“Christmas shopping is making me feel more positive about life,” read one comment.

“I’m getting all my online orders in now before everything is sold out and if we get locked down again and nothing is available online,” said another.

Kmart is not the only retailer that is getting into the Christmas spirit earlier this year. Spotlight already have their Christmas fabrics on display. Costco is also putting Christmas products on display.

There may be over 140 days still to go until Christmas but I think we all need a little festive retail therapy to lift our spirits. C’mon Kmart we’re waiting!

How are you going with your Christmas shopping? Tell us in the comments below.