Article You Can’t Blame the Breed 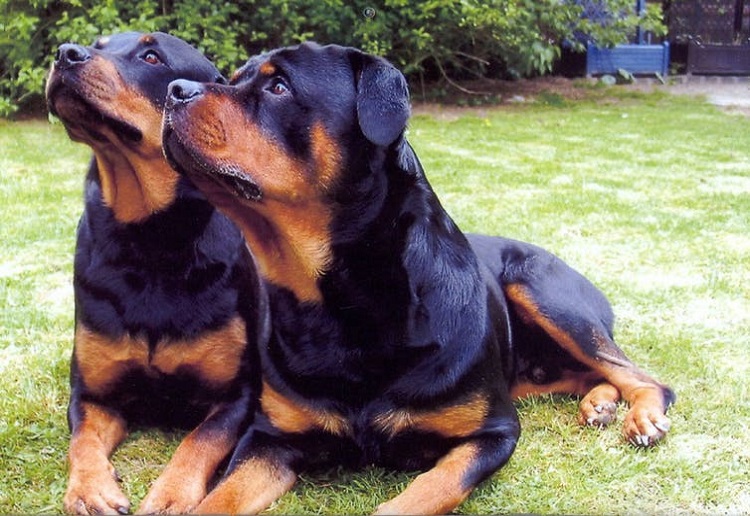 Dog aggression has little to do with breed, so test the owners.

It is always heart-breaking when children are injured by family dogs, and tragic when it leads to a death. Emotions understandably run high and there are calls for “something to be done”. Often the focus is on the most obvious element, such as the breed of the dog involved.

Dog breed is commonly discussed in media reports of attacks and, despite the inaccuracies recent research shows these reports often contain, such discussion leads to perceptions that breed is a key factor in the risk of aggression. Is this the case, or is it distracting us from other important factors influencing dog behaviour? While there is little research in this area, what there is suggests the dog’s breed is of little importance.

What we found was that dogs tend not to be aggressive in more than one of the surveyed situations. That is, those that are aggressive towards family members rarely do so towards unfamiliar people, and vice versa. This is important, because it challenges the idea that dogs are either innately vicious, or “man’s best friend”.

This won’t be a great surprise to anyone familiar with dog behaviour, who will know that each dog with a tendency towards aggression will have a backstory, where the behaviour can be traced to a specific situation. But it’s a very important message for the general public: understanding that any dog can potentially be aggressive given the right circumstances is key to reducing injuries. Approaching an unfamiliar dog without checking with the owner first is not a good idea, even if it looks cute and friendly with others. And owners need to understand that even their gorgeous, loving pet can show aggression if exposed to a situation where it feels anxious or threatened enough.

Does that mean that all dogs should be controlled in some way, muzzled or kept away from children? No, of course not – dogs enhance our lives in so many ways, and most live alongside us without any problem. What’s more, keeping dogs away from people could be counter-productive: less familiarity with people is likely to make dogs more worried about them, increasing the risk of aggression. Better to focus on education, so people understand why aggression develops and can recognise early signs. This is particularly important for those getting puppies, whose early life can, like humans, have a big impact on the whole of their life. And these messages need to be simple, clear, authoritative and consistent.

Not in the breeding

In our study, we compared breed groups in each situation with a reference category of cross-breeds. In terms of dogs that were aggressive toward family members, we found no difference between those of specific breeds and cross-breeds. For aggression toward unfamiliar people, gundogs (hounds, retrievers and pointers) had a reduced risk compared to cross-breeds, and pastoral or herding dogs (for example German shepherd dogs) had an increased risk specifically when outside the house.

So there are some breed effects on risk of aggression in some circumstances, but, importantly, the contribution these effects made was small. No more than 10% of the difference between aggressive and non-aggressive dogs were accounted for by the statistical models – and these included all the significant factors, not just breed.

Clearly different breeds vary in aspects of their behaviour – any dog owner will tell you that. But when it comes to risk of aggression, the influence of breed is pretty small. It’s also important to point out that we don’t know if these effects are related to the characteristics of the dogs themselves, because they could also be influenced by the type of people who choose to own particular breed types. So, in evaluating aggression risk for an individual dog, there are more important factors to consider than its breed.

But there is one aspect where breed is relevant to the risk of injury from dogs: size and strength. Because while large or powerful dogs don’t display any greater risk of aggression than any other, the potential for serious injury is higher if they do. So should particular, powerful breeds be banned? To answer that, it’s worth considering whether there’s evidence that this approach works, or whether reducing aggression risk in all dogs is a better approach.

Several countries, including the UK, have banned or restricted certain breeds. This had dealt a blow to dog welfare, not least those surreal cases where dogs’ lives are determined not by their behaviour but on measurements of leg length or skull width, and the long-term kennelling of dogs during protracted legal proceedings.

History seems to show that this approach is not effective at reducing injuries – in fact they are rising, despite these measures. Paradoxically, breed-specific legislation can increase the number of dogs of banned breeds, as the cachet of an outlawed dog appeals to some. Dogs in these environments can indeed become dangerous – because the way they are treated makes aggressive behaviour more likely.

Policy should instead focus on the factors that influence the risk of aggression in the first place. Most people object when governments take the approach of banning things – imagine the cries of “nanny state” if fast cars were banned from the roads on account of their greater likelihood of causing injury than less powerful vehicles if driven irresponsibly. In reality, society takes the approach of reducing the risk posed by all drivers, regardless of what car they drive.

Every new driver is given a thorough education, which is bench-marked by a standard theoretical and practical driving test. We have well-established, and largely accepted, codes of practice that govern drivers’ behaviour to reduce accident risk, and laws to enforce them. It would make sense to take the same approach for reducing aggression towards humans in dogs.