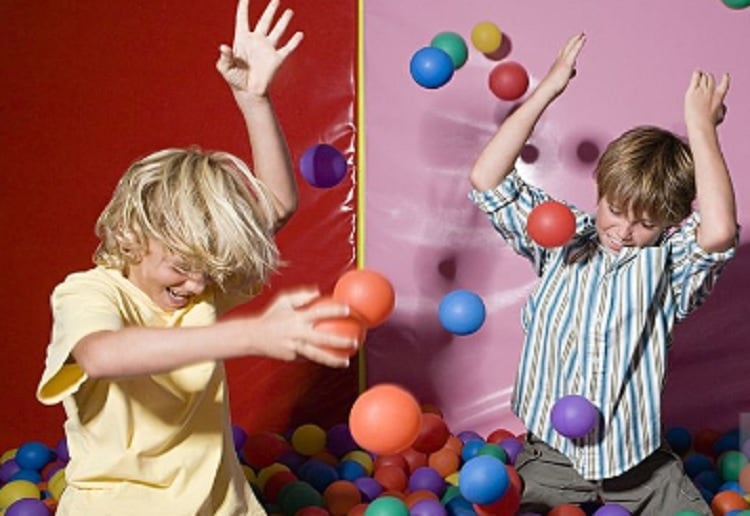 99% of ball pits are a hive of germs and deadly bacteria.

Research recently published in the American Journal of Infection Control found that ball pits can contain a range of bacteria and deadly diseases, ranging from pneumonia and sepsis to bladder infections.

In the study, a small sample of balls were randomly selected from different depths over six different pits.

And of all the ball pits studied, some had gone days or weeks without cleaning – giving time for micro-organisms to accumulate, and grow to levels capable of giving children infections.

One of the dirtiest registered had an average of 170,000 different bacteria per ball.

Human-associated bacteria found in the ball pits include:

We previously shared how the company behind stem-cell bank Stem Protect, managing director Mark Hall, was alarmed by the ball pits that his children were playing in.

He claimed ball pits are breeding grounds for germs because they are covered in poo, vomit and sticky substances, a company claims.

To make this claim, they conducted interviews with dozens of workers who confessed that ball pits are rarely cleaned and are often covered in spilled juice, vomit and a slew of other germs, shared Daily Mail.

Although the company had no scientific study on the subject, previous research confirms these play areas have potentially harmful bacteria in every corner.

Hall said: ‘I’m a parent of very young children, I’ve watched some of these places with my professional hat on and what I’ve learned has truly disturbed me.

‘You take your kids to these ball pit play warehouses to have fun. But I’ve seen kids emerge with their legs covered in poo.

‘And there worst thing was that it wasn’t even their own. There was a nasty surprise package left at the end of one of the big slides by a previous customer, and all of a sudden it’s everywhere.’

An older study from Virginia researchers in 1999 backed up Hall’s testimony about the dirtiness of play areas.

Experts collected specimens from around children’s areas that had ball pits and padded floors.

They found ‘an increased level of normal flora as well as nonhuman flora that demonstrated bacteria’ was covering these play pens.

The researchers concluded that their findings questioned the safety of these spaces and said there needed to be disinfection and hand washing after coming into contact with such germs.

Hall conducted interviews with managers of 60 pubs, alongside 600 parents, who detailed the horrors of the spaces children frequently play in.

Blurgh! I know I have had this discussion with many mums in the past. They really are a breeding ground of germs.

I could guarantee every single time we went to a play centre with the kids one of them would end up getting sick a few days later.

What has your experience been like at play centres?