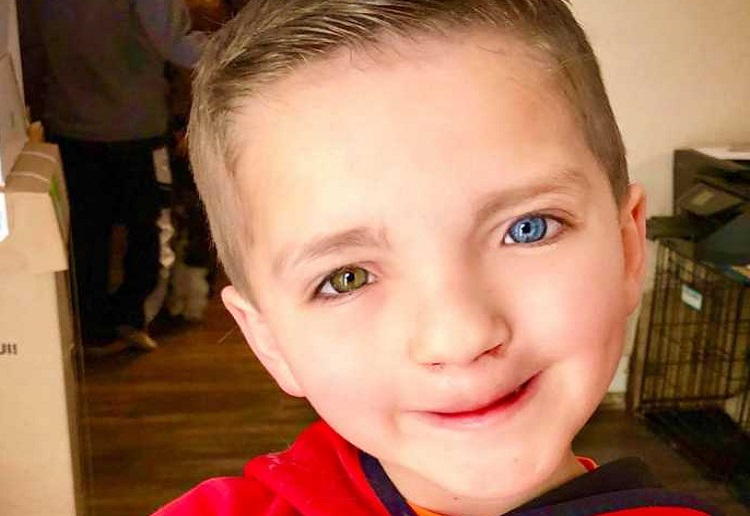 Young boy bullied for his different coloured eyes and cleft lip has managed to find a pet with the exact same rare conditions.

Seven-year-old Madden Humphreys has regularly been targeted by bullies at school for his appearance, leaving him feeling isolated from his peers.

Madden, from Oklahoma, was born with a rare eye condition called heterochromia iridum, meaning he has eyes of different colours – one green and one blue.

Heterochromia iridum affects less than one per cent of the population, and an even smaller percentage of people have a cleft lip.

To have both conditions is an extremely rare phenomenon. 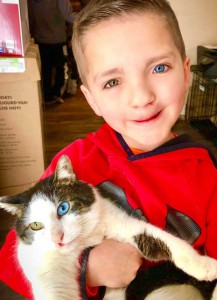 In an extraordinary coincidence, Moon and Madden share the exact same conditions and the same eye colours – a blue left eye and a green right eye.

His family say the pair were “destined to be best friends”.

Speaking to Love What Matters, Madden’s mum Christina revealed her family immediately adopted the cat after seeing the creature in need of a family.

She said: “Last week, a friend posted an image of the cat in our cleft moms group. This kitty was taken in by a rescue group in Minnesota.

“We knew immediately that this kitty was meant to be part of our family.

“Not only does he have a cleft lip like our seven-year-old son Madden, he also has complete heterochromia iridum, like Madden.

“They were destined to be best friends. Funny how a pet can make you feel less alone.”

Madden’s mum says he has found comfort in his new pet as he learns to deal with the bullies, adding: “In a world full of bullies and hateful words, we will choose to chase love.

“I think it’s safe to say that this kitty is love, and was certainly meant to be part of our journey and Madden’s journey.”