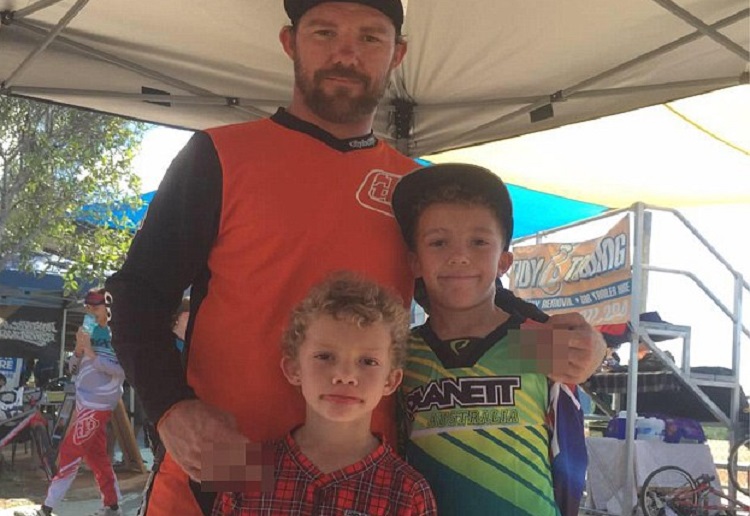 A nine-year-old boy died and his six-year-old brother was seriously injured, after their father accidentally crashed his jet ski.

In November we originally shared that Queensland father, Shane Parkes, 34, was driving a jet ski at Lake Moondarra, near Mount Isa, with his six-year-old son Dylan on Saturday morning when tragedy struck, reports Daily Mail.

Police believe that Mr Parkes lost control of the jet ski at a high speed and crashed into his other son, nine-year-old Tobi, who was playing in the shallows of the water with his mother.

Tobi’s body disappeared underwater and horrified family members scrambled to rescue him, but they were unsuccessful.

A specialist diver squad caught a flight from Brisbane to Townsville and then drove almost ten hours inland to Lake Moondarra.

They found the child’s body within half an hour of searching.

Queensland Police Superintendent Kev Guteridge told ABC News that the jet-ski was being ridden at a very high speed, but police were unsure of the circumstances of the actual crash.

‘For some reason, the jet ski has collided with the bank, which also resulted in the young nine-year-old boy being struck by the jet ski at high speed, tragically as a result of that the boy we believe was thrown in the water he hasn’t been sighted since.’

“We’ve interviewed a number of witnesses. We are trying to piece together exactly what occurred over that time frame,” he said.

Dylan, who was being treated for suspected fractures and internal injuries, has been flown to Townsville in a stable condition, reports ABC NEWS.

He appeared in Mount Isa’s Magistrates Court, which was told that a drug test on Parkes returned positive for cannabis.

The court also heard Parkes was on bail for alleged drug trafficking at the time of the accident.

Parkes was remanded in custody and will reappear in court in April.

Our thoughts are with them.