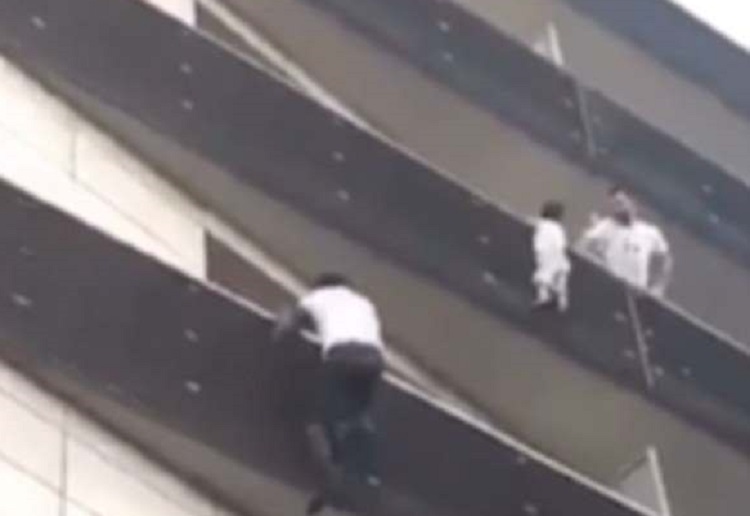 A young man hailed a hero, has been offered a job and made a French citizen after saving young boys life.

Mamoudou Gassama was hailed a hero for single-handedly hauling the four-year-old to safety after scaling the facade of an apartment block in Paris.

The boy’s father was taken into custody after the harrowing incident and questioned by police, reports Daily Mail.

It has been reported, ‘The father left the flat just as the incident was unfolding. He went shopping and then decided to play Pokemon Go in the street which took a little time before he returned home.’

The prosecutor revealed that the window was left open and there was no safety grille on the balcony to stop a child climbing up and falling over.

The young Malian hero, dubbed ‘Spiderman’, will be made a French citizen after meeting with French President Emmanuel Macron. 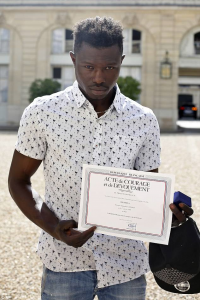 Gassama, who said he arrived in France a few months ago ‘dreaming of building his life’ in the country, was pictured meeting French President Emmanuel Macron at the Elysee Palace this morning.

Macron said the migrant will be made a French citizen and will also be offered a place in the fire brigade.

Without a thought for his own safety, Gassama took just seconds to reach the child in a spectacular rescue captured on film and viewed millions of times on social networks.

‘I was not thinking of anything. I went straight up’, Gassama said.

Such a brave thing to do! That little boy is so very lucky.