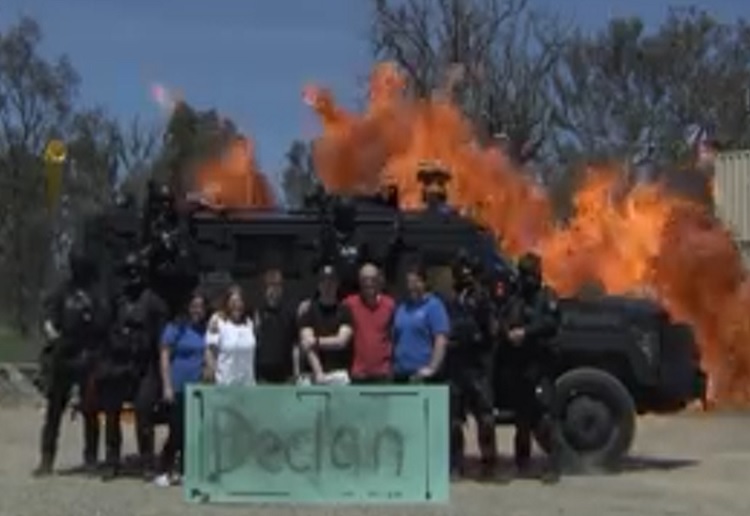 Australian Federal Police (AFP) joined forces with the Make-A-Wish foundation to grant an unusual request from a 12-year-old cancer patient.

The AFP organised a day at a training village so the young boy could “blow stuff up”.

Declan, who is in remission from leukaemia, spent the day with the AFP’s Specialist Response Group at its Majura headquarters in Canberra, reports ABC.

He was put through his paces in several police scenarios, and given the chance to detonate explosive charges in training exercises.

Sergeant Peter Murphy said Declan had a potential future in breaching and demolitions.

“He was pretty excited about it but I think the family got a bit of a kick out of it too.”

Declan travelled to the ACT from near Sydney after Make-A-Wish organised the trip, which also included a meeting at Parliament House with Prime Minister Malcolm Turnbull and Governor-General Sir Peter Cosgrove.

Make-A-Wish Australia was founded in 1985, and is now in its 30th year. They have granted over 8,000 wishes to children with life-threatening illnesses.

Make-A-Wish wishes gives very sick children and teenagers hope for the future, strength to face the challenges of their illness, and joy from their incredible wish experience. For more information visit https://www.makeawish.org.au/.