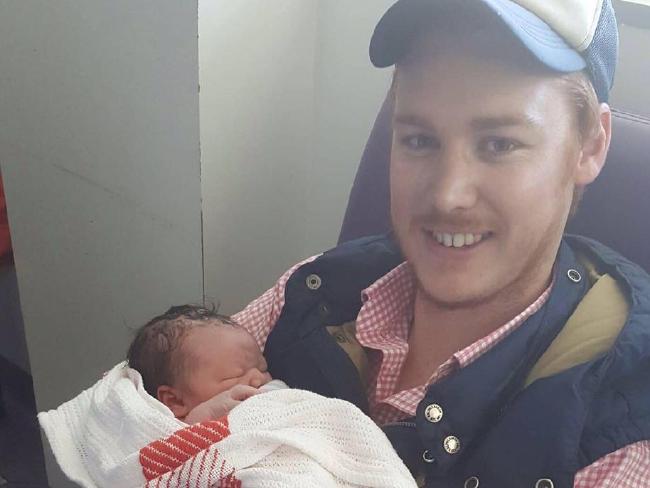 SAD NEWS after a young father, with a seven-month-old baby, died after being stung by a bee while mowing his lawn.

Sam Fitzsimons, 25, was mowing at his Kellyville home in northwest Sydney when he was stung on his upper lip, before collapsing inside his bathroom about 1pm on April 1.

Police said he was experiencing breathing difficulties and ‘significant swelling’ when he was taken to Westmead Hospital, according to The Sunday Telegraph.

The young father died the following day, leaving behind his partner and seven-month-old son, Hunter.

RIP, Sam. Our thoughts are with his loved ones.