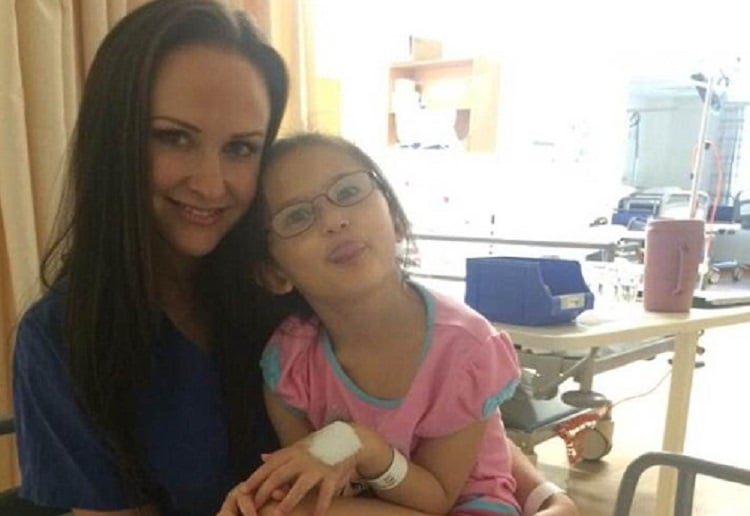 The mum of 10-year-old schoolgirl who claims bullies hung her from a tree with a skipping rope finally gets restraining order dropped.

In September last year we shared that Belinda Yoon, who claimed her daughter Amber, 10, was allegedly hung from a tree with a skipping rope, was facing a restraining order taken out by the parents of the child accused of doing it.

Ms Yoon took to social media to post an emotional video after receiving the court summons.

“Apparently I’ve been driving past their house in an agitated state, for one I had no idea about their first names or even where they lived,” a tearful Ms Yoon said.

Police investigated the incident, which occurred during lunchtime at Queen of Apostles Catholic School in Riverton, but no charges were laid.

The summons also points to Ms Yoon’s earlier comments to 9NEWS about being unhappy with the outcome of the police investigation.

Ms Yoon said she’s stunned by the restraining order and plans to fight it.

“I’d love to know how they could cause us even more heartache, when we have already hurt enough,” she said.

“Let us heal, let us try and move on from this and I was trying to do that in a really positive way to try and create change for everybody.”

Ms Yoon believes the latest development is an attempt to silence her.

“It feels like I’m almost getting bullied myself because they just want me to be silenced and I won’t be,” she said.

Ms Yoon will appear in the Magistrates Court next month.

She says she’ll fight against the restraining order on behalf of all victims of school bullying.

“They have shared their stories with me they have confided in me with the most heartbreaking stories and if I don’t fight for them, I don’t know how there will be any change,” she said.

The case was set to go to court this week, but thankfully the application was dropped much to Mrs Yoon’s relief.

She says it should never have come to this and she’s now focusing on implementing a comprehensive anti-bullying campaign into schools across the State, reports The West.

“It’s shown me where there is a major flaw in our legal system, in our school system and that’s where I’m going to focus on changing that because we need to protect our children, we’re adults and if we’re not going to do it then who is?” Mrs Yoon said.

Amber has moved schools and her mother says she’s settling in well.

Amber Yoon, who was born with a rare heart defect and her oesophagus disconnected from her stomach, was found struggling to breathe with the rope acting as a noose.

Students at Queen of Apostles Catholic School in the Perth suburb of Riverton, allegedly strung Amber up by her neck last Friday, causing her to choke.

The little girl was reportedly cut loose by a teacher who gave her a stern warning before learning the near-death stunt was not her idea.

After placing the noose loosely over another child’s neck and then their own, the pupil told Amber it was her turn, Mrs Yoon said. Amber, much smaller than most children her age, refused but was easily overpowered.

Amber’s mother Belinda claimed she only found out about the horrific incident when her daughter came home from school crying.

To make matters worse, the school is accused of failing to get Amber checked by a doctor – even though she had clear marks on her neck and health conditions highlighted on her medical form.

The mother believes a harder stance needs to be taken against schoolyard bullies, with automatic suspensions and public apologies in front of their peers – a tactic she believes will be more embarrassing and more of a deterrent to children.

A month ago Mrs Yoon discovered entries in Amber’s diary in which the primary student drew and labelled herself “weird girl” and wrote, “There is something I can’t get off my mind … why won’t my friends play with me?”

The heartbreaking note continues: “I have no one else to play with and if I do try to sit with anyone they’ll ignore me.”